After collecting a couple Best New Artist awards and posting an historic run on the Country charts, Luke Combs is looking towards the one thing that has never let him down.

On "Beer Never Broke My Heart", Combs knows that heartbreak is around almost every corner, but it's never in a longneck bottle. On the stomping and searing song, Luke shines with that award-winning voice and some solid wisdom. It is an anthem, sure to continue his reign of success.

"Beer Never Broke My Heart" was written on the tour bus during Luke Combs' first headlining tour, working with friends off a title that had been saved in his phone for a while. In the exclusive video above he hilariously helps us through some beer techniques and a list of all the things that have broke his heart, leading to the latest single.

"Dieting, probably is the biggest one" he says with a priceless, stoic face. "Chicks, for sure have. Not any more, which is great. At least for the time being. Babe, please don't break my heart. That would be terrible" pleads the recently engaged singer. 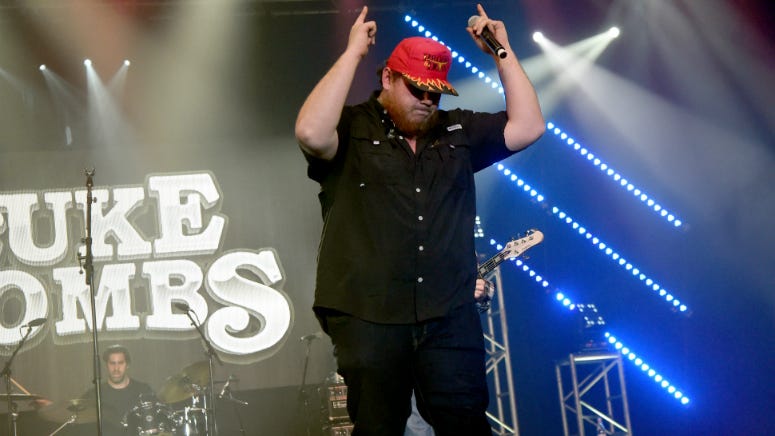 Combs was recently named New Male Artist of the Year at the 2019 ACM Awards, New Artist of the Year at the 52nd Annual CMA Awards, and was nominated for Best New Artist at the 61st Annual GRAMMY Awards. His song "Beautiful Crazy" is currently the top Country song in the country, and his Beer Never Broke My Heart Tour is mostly sold out, and continuing through the year.

Watch above for more from Combs' heartbreak list, and watch the video for "Beer Never Broke My Heart" below.

"Beer Never Broke My Heart" is a RADIO.COM World Premiere, which means you can hear it here first and all throughout the day.