It is time to get back to the boogie.

Volbeat is almost ready to unwrap their seventh studio album on August 2nd, but first they offer another taste called "Last Day Under The Sun." The song is the lead track from Rewind, Replay, Rebound, the first studio album from the Danish rockers since 2016.

"Last Day Under The Sun" is a RADIO.COM World Premiere, which means you can hear it here first and all throughout the day on Thursday June 13th. 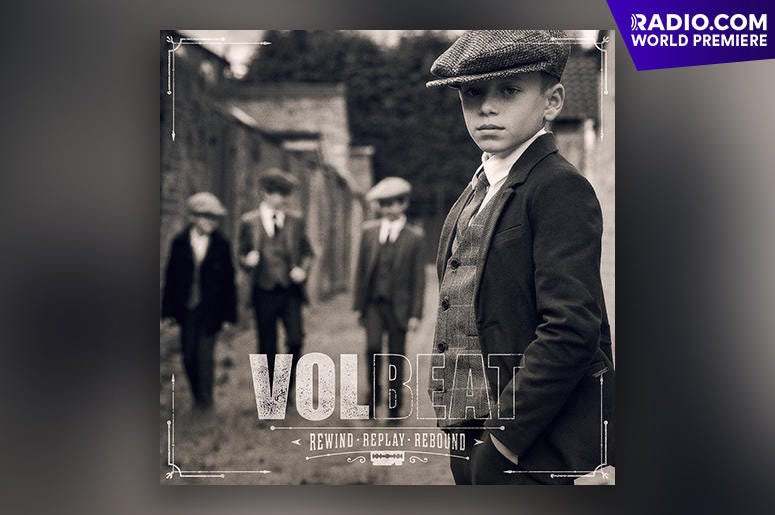 It's been a lifetime since the world-conquering band dropped Seal the Deal & Let's Boogie, shooting them into another stratosphere. They have become radio mainstays, Metallica tourmates, and are now on the verge of one of the most anticipated rock albums of the year.

“The whole point for us going into the studio, is because you still have something to prove" frontman Michael Poulsen explains in a release. "Not just for the fans, but mostly for yourself. We would not be able to do this record if it wasn’t for the work we have done in the past. No matter how old the band gets or how many records we do, there is always going to be that signature sound.”

"Last Day Under The Sun" follows “Parasite” and "Leviathan” from Rewind, Replay, Rebound, which were released last month.

There's no slowing down for Volbeat, who will be shredding around the world from July until November. First the band joins Slipknot, Gojira and Behemoth for The KNOTFEST Roadshow, starting on July 26th. They will then continue across Europe for their own headlining World Tour, starting in September. You can find the full list of dates here.