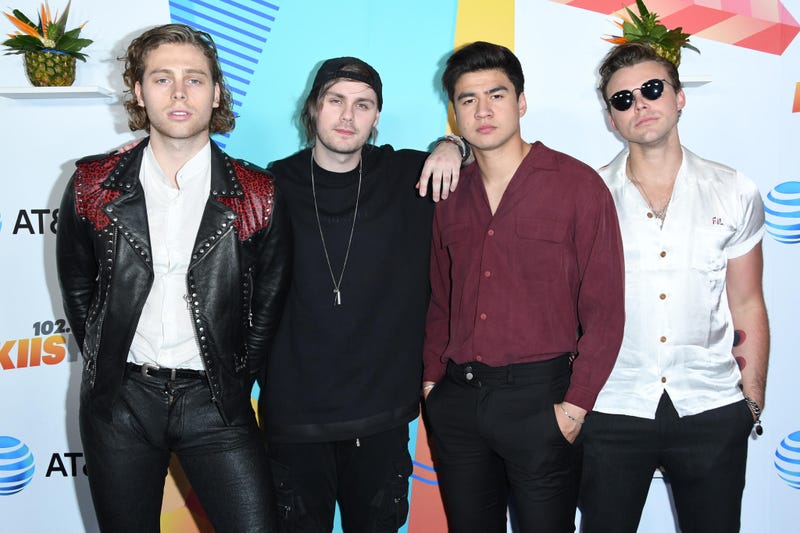 Youngblood is 5 Seconds Of Summer’s first release since 2015’s Sounds Good Feels Good. In the in-between time, they’ve just been continuing to casually take over the world.

5SOS is the only band ever to have had their first two albums enter the Billboard 200 at number 1. The band's 80s-inspired, full-on pop Youngblood is sure to continue this trend and is already holding the #1 spot on iTunes.

The Australian four-piece really started making their international breakthrough five years ago, taking fans everywhere by storm as openers on One Direction’s Take Me Home Tour. They successfully built a dedicated fanbase with just a few songs and a whole lot of charm and personality.

The brand-new album features hits “Want You Back” and title track “Youngblood.”

This album shines with more mature songs and a whole load of tracks showcasing lead singer Luke Hemmings’ tone and control. They've been able to very succesfuly transition from a riff-driven, pop-punk band into a much more synthy, pop group. When I first heard "Want You Back," I honestly had no clue it was them.

I was keeping a list of my immediate favorites on my first listen and, by the time I got to "Babylon," I had 50% of the tracklist written down. Including "Babylon," which ended up at the top of my list. Another real standout was "Monster Among Men," with every tempo change catching me by surprise.

Very excited to see the band they've grown into and how they've been able to preserve everything that makes them so loveable while making big changes.