Ariana Grande is enjoying some down time in San Antonio, TX before her sold out Sweetener Tour show tonight (May 17). With a couple days off in Texas, Ari made the absolute best of her free time with a night full of drag queen performances.

On a surprise visit to San Antonio’s HEAT Nightclub, Ariana sat in the crowd to watch queens cover her songs. The "Drag Me to Fame" show takes place every Wednesday night, and the performers explained they purposely switched their tracks when they realized Ari was there. 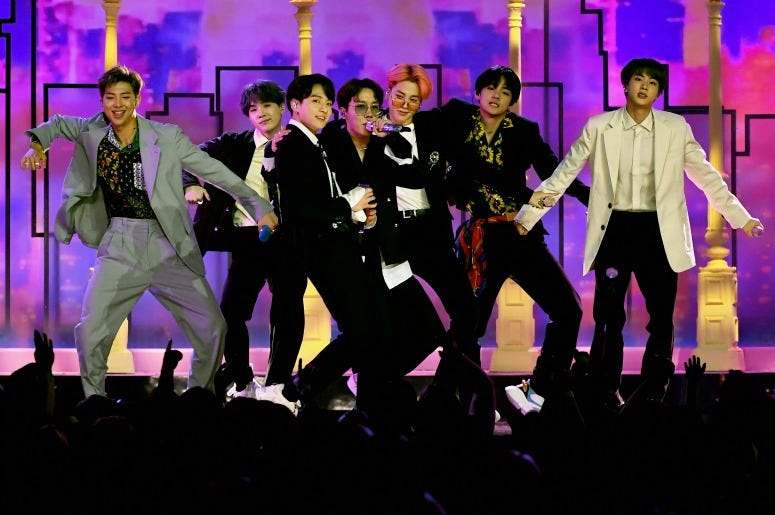 Queens included Alayna Marquez and Nilaya Lopez, who both posted about their excitement and gratitude after the show. "I ran backstage and started putting my ponytail on...I had to perform for her," Nilaya said of the moment she saw Ariana.

“omg omg omg omg, I just performed for my idol,” she shared to Facebook.

According to local news station KSAT, Ari enjoyed the performances so much she was tipping with $100 bills. “She yells, 'You're freaking gorgeous!'" Alayna said before recalling she broke character to hug and kiss Ariana. "She was having a blast. We respected her and (she respected) us.”

.@ArianaGrande made it rain $100 bills during a recent drag performance of her hits songs at Heat Nightclub in San Antonio. pic.twitter.com/CwuDC5Zvrk

A laid-back Ari donned her signature sweatshirt look with casual space buns, keeping a low profile and making sure the attention was kept on the performing drag queens. “My heart” she captioned a video of the performances on her Instagram story.

Read More: Social House Takes Us Back to the Day They Created "7 Rings" With Ariana Grande