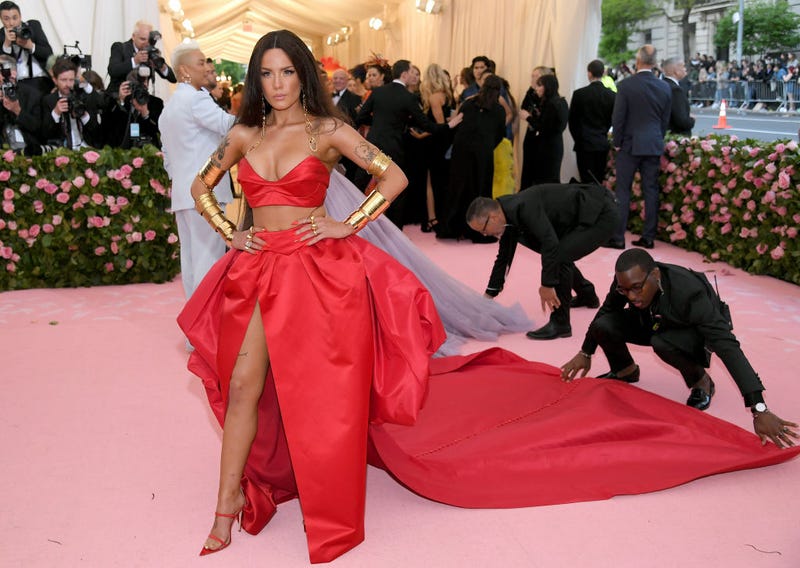 Halsey is preparing for a new era. After blacking out her Instagram to symbolize something new was on the way, the “Without Me” songstress is back with official confirmation that music is just around the corner.

Before kicking off her next chapter, Halsey returned to her roots to perform both of her albums in full. NYC’s iconic Webster Hall recently reopened after a lengthy renovation and, after getting JAY Z to do a once-in-a-lifetime B-sides performance, they enlisted the help of Halsey.

back to the Badlands for Night 1 of my series for @WebsterHall tonight we enter the Kingdom. I love you. 📷: @DonsLens pic.twitter.com/DseQ3oo5gq

Halsey took the stage for two nights in a row, performing both BADLANDS and hopeless fountain kingdom in full.

At the end of her May 9 hopeless fountain kingdom performance, a banner dropped down to reveal a new single is coming in just one short week. “NIGHTMARE” drops May 17. See the moment the single was announced and see more moments from her incredible performances below.

Along with celebraitng her albums at some of the most intimate shows fans have seen her play in years, Halsey is fresh off of two huge Billboard Music Awards performances that the whole world got to see. After explaining to us that she's retiring "Without Me" after her stunning BBMAs performance of it, she also crashed our interview with BTS! Click here to watch.