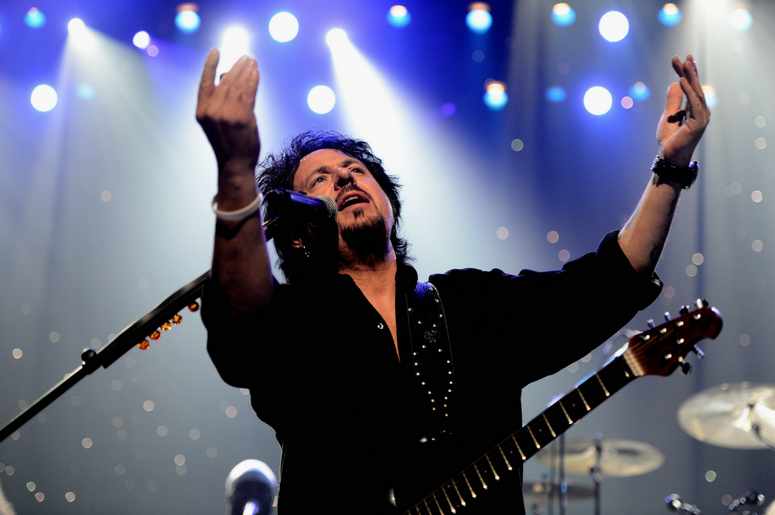 Weezer recently returned with their biggest radio hit in years, a long-awaited cover of Toto’s 1982 hit “Africa.”  KROQ DJs Ted Stryker and Kevin Klein questioned why Toto hadn’t returned the favor yet and, it turns out, they’re working on it.

Toto’s Steve Lukather caught wind of KROQ’s cover speculation and decided to call in to set the record straight.

"Hey @KROQ and @TedStryker, we heard you talking about us on the radio. Let's talk... soon. (DM us)"

Lukather and bandmate Steve Porcaro ended up revealing that a Weezer cover was actually already in the works. The band settled on the unexpected choice of “Hash Pipe,” explaining they considered doing a track like “Beverly Hills” but wanted to branch out.

They rated Weezer’s “Africa” cover a “B-double-plus,” a generous yet honest rating. “Here’s the thing- our music has such little nuance,” Lukather explained. “We spent so much meticulous time. These guys stood this s*** up in an afternoon. And let’s face it, they kicked ass on it.”

Toto's wonderfully meta cover is due within the coming weeks.