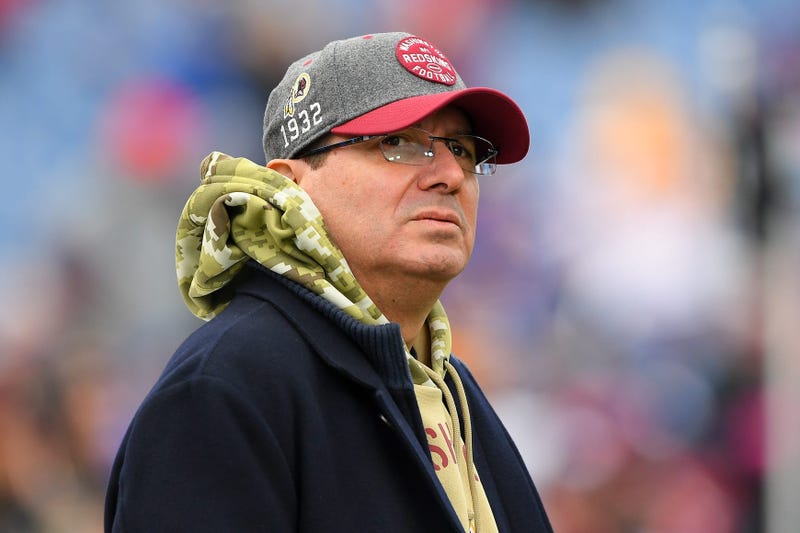 For decades, there has been controversy surrounding the Washington Redskins’ team name. If we think current Redskins owner Daniel Snyder has taken a tough stance on not changing the name, this was former team owner Jack Kent Cooke’s stance in 1988: "There is not a single, solitary jot, tittle, whit chance in the world” that the Redskins change their nickname. "I like the name, and it's not a derogatory name."

Following Washington’s 1991 season, there were large protests against the name. That was nearly THIRTY YEARS ago. With all the racial tension in our country, and the oppression of minorities that has existed for far too long, it’s more likely than not that the name change does happen. But when? It’s incredulous to me that the NFL hasn’t stepped in more to make this happen once and for all and in an expedient manner. Since the tragic murder of George Floyd, I’ve seen more positive momentum for change in terms of justice for minorities than I have ever seen in my lifetime. Part of the leverage that the franchise has had in not changing the name is mixed data when it comes to how Native Americans feel about it. Here’s what Arianne Eason, a UC Berkeley assistant professor of psychology, had to say. “We keep seeing clear examples of Native people speaking up and protesting these problematic team names and mascots. Yet, public opinion polls, with little methodological transparency, say that Native people are not offended. Things just don’t add up.” They certainly don’t because polls in the Washington Post these past few years will show you that 80 percent of Native Americans are NOT offended. This is a topic that matters to a lot of people. If you tease the Redskins name topic on a talk radio show, the phones simply light up. Last night, I couldn’t put the phone down for hours at a time. Here’s what I realized: it’s not about the 80 percent NOT offended (or if you are looking at Berkeley polls, for example, between 40 percent and 60 percent, depending on the year). Enough Native Americans ARE offended and do feel it’s a racist attack. A verbal one, but an attack nonethless. Here’s the thing: America has changed so much in the past few months in terms of becoming aware of how truly oppressed minority races are in this country. What I have learned more than anything is that we need to listen and we need to be open. Nobody has all the answers. I wish Jack Kent Cooke took the time to seek Native Americans’ opinions on this. I wish Daniel Snyder would have done more of this, too. It’s too late for Kent Cook, who died in 1997, but not for Snyder. The NFL admitted they were slow in responding to racial issues in our country. That’s a fact. What’s also a fact is the NFL and Snyder can do something as soon as possible. IF they do fully listen, they will realize enough people are offended and it does more harm than good to even think about keeping the name “Redskins.” Data or no data, it’s so obvious that it hurts too many people, and we live in a time where anything considered a racial slang term needs to be abolished, it’s that simple. The only timetable should be immediate. If the NFL is truly about respecting all cultures and all races, it’s time for that swift change, a change long overdue. Racism should never be tolerated on any level, even if not everyone is on board with that. Let’s truly see if the NFL learned its lesson in being too slow on supporting Colin Kaepernick. All eyes are on the NFL right now; let’s hope they get this one right.