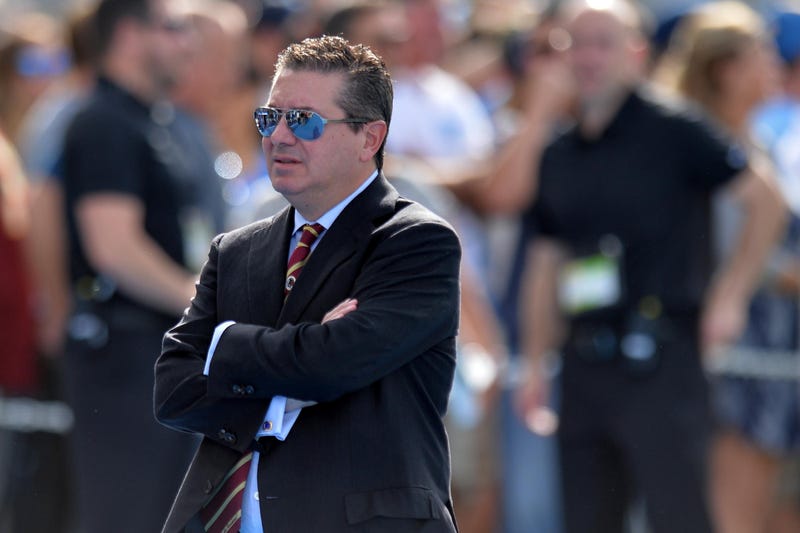 The Sports Business Journal reported Sunday night that the professional football team that had used the name ”Redskins” for nearly 90 years – they began as the Redskins in 1933, when it was located in Boston – is going to receive a new name. Fans that called our shows on Sunday when the news broke were mixed in terms of whether or not the name should be changed. It’s important to note that about 90 percent of our listeners didn’t anticipate a name change happening this fast. It shows that when it comes to being on the side of not marginalizing other races and cultures, the NFL strongly stands opposed to just that. How much of this is about following a money trail? Many people presume that's the reason. Nonetheless, I give the NFL a lot of credit; they got this one right in how they are handling this so swiftly.

Since learning that the Washington football franchise will no longer be the “Redskins,” a lot of people have chimed in on what exactly that name should be. Keep in mind current Washington owner Daniel Snyder and former owner Jack Kent Cooke long ignored requests from Native Americans who had strongly opposed the name “Redskins” for so many years. Given the pushback against Native Americans for so long, the franchise should have a dialogue with them first and foremost about the new name. Personally, I would love to see it named after arguably the greatest athlete to ever walk the face of the Earth.

His name was Jim Thorpe.

Thorpe was voted the greatest athlete of the first half of the 20th century by an Associated Press poll in 1950​. He was also the first Native American to win an Olympic gold medal for the United States of America. (But wait, there's more…)

Not enough people know just how great Thorpe was during his time. At the 1912 Olympics, he won both the Pentathlon and Decathlon. He did this, by the way, with MISMATCHED shoes. It's worth noting the medals would be revoked for violating amateur eligibility status, something that the higher-ups should have flagged from early on. Never once did Thorpe complain or displace blame on others. It is also worth noting that Thorpe was vindicated when his medals were restored. Sadly, he was not alive when it did.

In addition to his all-time great Olympic career, he also happened to be the best player in college football in the 1911 and 1912 seasons. While he was in college, he just happened to play minor league baseball. In his final year in the MAJORS he batted .327. By the way, he also played professional football into his 40s. That was unheard of back then.

What is equally as impressive when it comes to Thorpe is something similar to LeBron James; he cared very much about his impact off the field. Thorpe formed a casting company to pressure Hollywood studios to cast authentic Native Americans for roles. He was in over 60 Hollywood films. Thorpe wasn’t pressuring Hollywood for himself; he was doing that for others. Thorpe also sought to procure original Sac and Fox lands from the federal government. These names that would honor Thorpe sound very unique as well. The meaning of Wa-Tho-Huk, a name given to Thorpe, means Bright Path.

Could we call Snyder's team the Washington Bright Paths? What about the Washington Sacs and Foxes, in honor of the land Thorpe fought for against the federal government? The Washington football franchise should be about honoring the legacy of Native Americans. Wouldn’t it come full circle if they went from ignoring Native Americans, which they did for far too long, to treating Native Americans with the ultimate dignity and in a benevolent fashion? For so long they used a nickname that was highly offensive to many Native Americans; shouldn’t the opposite approach be in place now?

The NFL made a huge and monumental decision to remove the name “Redskins” on Sunday, but it will only truly be worth it if they honor the group that they removed the name “Redskins for” by giving them the right one. It’d be hard to argue against honoring one of the greatest Native Americans this country – and world – have ever seen. Jim Thorpe was also tremendous for the game of football. Sign me up for the Washington Bright Paths!