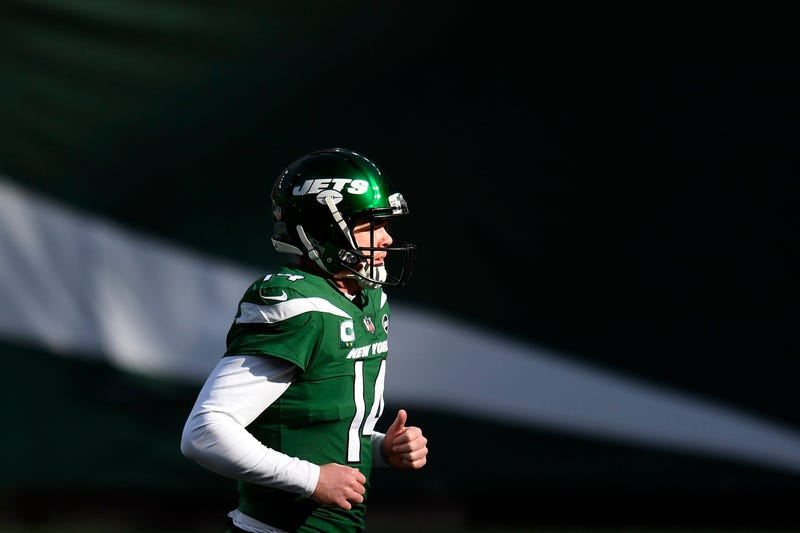 How in the world can a quarterback with a 9-15 record over the past two seasons (in years two and three of his career) be the solution for any NFL team moving forward? This record belongs to New York Jets quarterback Sam Darnold. There’s one other very telling piece of information that we must realize. The Jets over the past couple of NFL seasons are 0-7 WITHOUT him. The Jets are a below average yet respectable team with Darnold. Without him, they are an historically bad team. They have won 38% of their games with him in these past two NFL campaigns and 0% without him. As a 23-year-old, when your team wins 38 percent of your games when you start compared to ZERO percent when you don’t suit up, the problem clearly isn’t you. To make that much of a difference without much of a supporting cast on the field, a below average head coach in Adam Gase, and not the best-run franchise is encouraging.

Darnold’s potential was on display in the Jets’ last two wins. At 0-13 heading into Week 15, it would have been easy for the Jets to have quit on their head coach and season. The tank for Trevor (Lawrence) was in full-swing mode, but Darnold wouldn’t accept that. He went out and beat a 9-4 Rams team and then a 10-4 Browns team. Despite losing to the Seahawks the week before beating the Rams, Darnold didn’t turn the ball over once. That means, over the course of these last three games against very good teams, Darnold has had zero turnovers. When his back was against the wall and he essentially was given a ticket out of town by several members of the media and fans, Darnold willed his team to two quality wins. Yes, the Browns might have been injury-ridden, but that is the nature of Week 16 in the NFL. Every team is banged up at this point in the season.

There was a quarterback who you might have heard of who went 14-24 in his first three seasons. That’s 10 games UNDER .500. Over that three-year campaign, he threw for 31 touchdowns BUT 46 interceptions. Having 15 more interceptions than touchdown passes in a three-year span is not what a franchise quarterback does, let alone a FIRST-BALLOT Hall of Fame quarterback. You know what else is true? This quarterback was a No. 1 overall pick and that’s exactly what he would play like in his next three seasons.

His next three seasons consisted of 51 Passing Touchdowns and 32 Interceptions – a plus-19 passing touchdown to interception ratio compared to a minus-15 ratio in his first three years. The real telling number is 41. That’s the amount of wins he had over the next three years of his career. He averaged less than five wins in his first three seasons, as compared to 14 wins per season in his next three. This is an unprecedented jump. Any idea who this was? It was Troy Aikman. In his first three years, fair or unfair, he was thought of as a bust. In years four through six, he would make three Pro Bowls, become a two-time Super Bowl champion and win a Super Bowl MVP to boot. He would go on to become a first-ballot Hall of Famer.

If we truly dive deep into this? Many were clamoring for Aikman’s exit, similar to how many have with Darnold throughout the season. The franchise understood that players like Emmitt Smith, Michael Irvin and Alvin Harper were not quite in their prime yet. Dallas Cowboys head coach Jimmy Johnson was still relatively green in the NFL and wasn’t at his peak, either. With the right personnel, years of quarterback experience and PATIENCE in sticking with Aikman, the Cowboys won three Super Bowls in four years. In the year they didn’t end up on the mountain top, they made it to the NFC Championship Game. More than 25 years later, that level of success over a four-year period has not been matched. Not even by the New England Patriots.

Darnold is 11 games under .500; Aikman was 10 games under .500. They won at essentially the same rate. Darnold was a lot more justified in having this subpar record than Aikman because he didn’t have nearly the same talent around him. Aikman had two all-time great players in Emmitt Smith and Michael Irvin. Darnold’s two best teammates on offense this season are soon to be 38-year-old running back Frank Gore, who is way past his prime, and wide receiver Jamison Crowder, who coming into this season had 14 career touchdown receptions in four years. He had also never eclipsed 900 receiving yards in a season. Despite Darnold not having nearly the talent that Aikman had, he was still a lot more efficient in his first three seasons relative to Aikman. He was a plus-7 when it came to passing touchdown to interception ratio – way ahead of Aikman, who was minus-15. Darnold is also two years younger in his third year than Aikman was in his third season.

Lastly, the Adam Gase debacle. Gase was a very questionable hire for the Jets in 2019. He is more known for his demeanor at his introductory Jets press conference than maybe anything else in his Jets coaching tenure. Even before coming to the Jets, he was a sub-.500 head coach in the NFL. Meanwhile, Aikman was coached by Jimmy Johnson, who in his final three seasons as the Miami Hurricanes head coach finished as either the top-ranked or second-ranked team in the country, including being the 1987 national champions.

Aikman was surrounded by the right coaching staff, talent, and a franchise with PATIENCE. That loyalty ended up creating one of the winningest teams in NFL history. Will Darnold be the next Troy Aikman and have that level of success? Probably not. However, based on the success that Darnold has had in spite of the Jets and how much they dip when he is not on the field, he is certainly deserving and worthy of that opportunity. I hope the Jets have that patience – because if they don’t, they may end up with someone a whole lot worse.