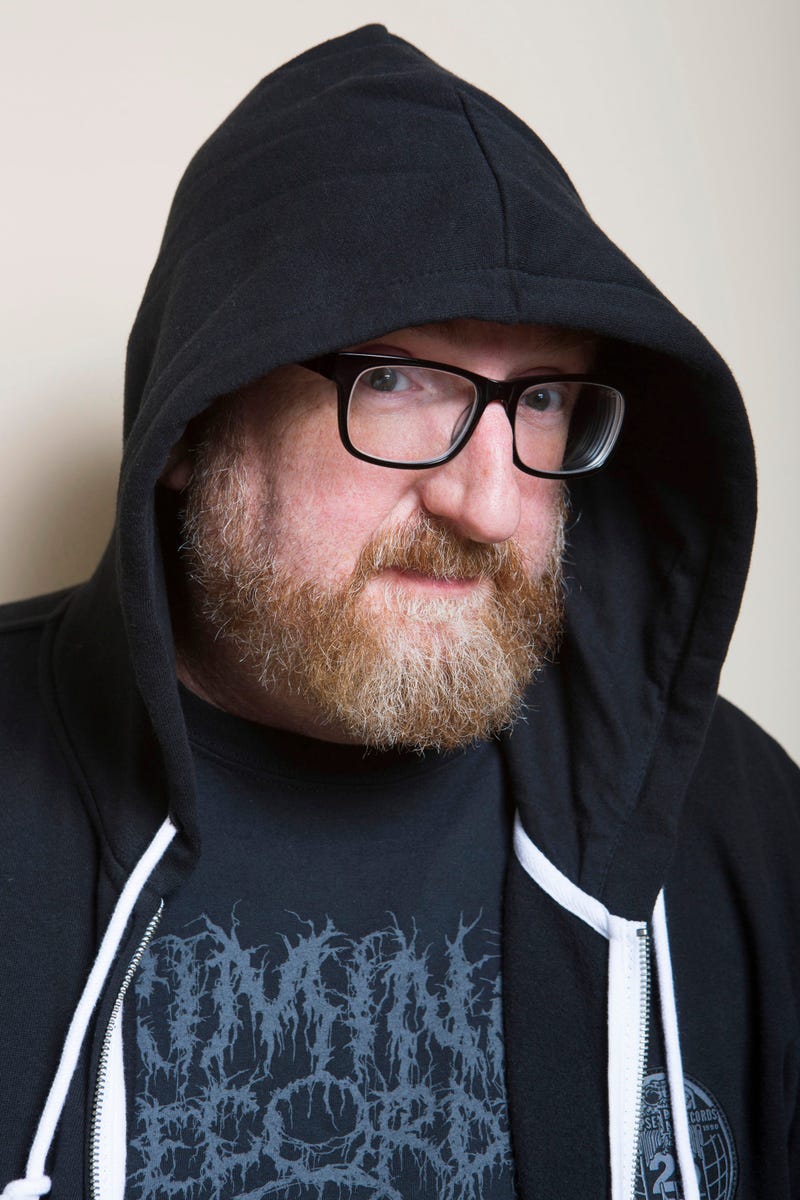 Comedian/actor/writer Brian Posehn, who has appeared in several films including Rob Zombie's "The Devil's Rejects," starred in Comedy Central's "The Sarah Silverman Program," had a recurring role on the Emmy-winning TV series "The Big Bang Theory," has written 45-issues of Marvel Comics' "Deadpool" series, was an Executive Producer for the Netflix  comedy sketch series "W/ Bob & David," and was most recently seen on "The Mandalorian" on Disney Plus, will see the release of his new comedy/metal album, “Grandpa Metal,” on February 14, 2020 on Megaforce Records.

The idea for “Grandpa Metal” is a perfect aggregate of Posehn's love of comedy and metal.  "The original concept for this album came from bands like Scatterbrain and S.O.D., and even Cheech and Chong," said Posehn.  "They all made music that was fun and funny, heavy music that also made you laugh.  I wanted this to be the ultimate comedy/metal record, a loving record that made fun of some of the things in heavy metal, so I called all my friends and asked for a bunch of favors.  There's a Satan song, and there's a Viking song, there's one song that sounds like Black Metal, and then there's one that sounds like a Van Halen party song.  The intention was just to make a funny metal/comedy record for people who like both of those things."

“Grandpa Metal” also presented the opportunity for Posehn to once again collaborate with long-time pal Anthrax's Scott Ian.  The two of them had co-written and recorded the track "Metal By Numbers" that appeared on Posehn's 2006 album “Live In: Nerd Rage,” and “More Metal Than You” which appeared on 2010's  “Fart And Wiener Jokes.”  While Posehn and Scott Ian wrote or co-wrote most of “Grandpa Metal's” 14 songs, two covers were recorded:  2013's dance novelty song "The Fox, What The Fox Say" by Norwegian comedy duo Ylvis, that was a Top 10 Billboard single and that year's top trending YouTube video that accumulated more than 890-million views, and "Take On Me," a-ha's 1985 classic synth-pop hit whose innovative music video has just passed one-billion views.  "I honestly feel that every good song would be better if it were heavy metal," said Posehn, "and I think I proved my case with 'Take On Me.'  It's such a catchy song, it's so cool, but I always thought if it had three guitars instead of a keyboard, it would be even cooler."

Posehn worked on lyrics with Scott Ian as well as Brendon Small and Joe Trohman, who helped Posehn finish the album.  "Brendon helped with 'New Music Sucks,' and Joe helped me get through writers' block on the lyrics for 'Grandpa Metal.'  When we needed to write two more songs to complete the album, Scott was out with Anthrax, so Brendon and Joe and I whipped out our horror-themed song 'Monster Mosh' and our big, dumb innuendo-filled hard rock song 'Big Fat Rock," and we were finished.”

"This was such a dream project for me," said Posehn.  "I wanted to take my time, I wanted it to be perfect, so it took us six years to complete.  It's the 'Chinese Democracy' of comedy-metal records.  And it didn't cost thirteen million dollars to make."

"Grandpa Metal" feature guest appearances by some of metal's finest, including: