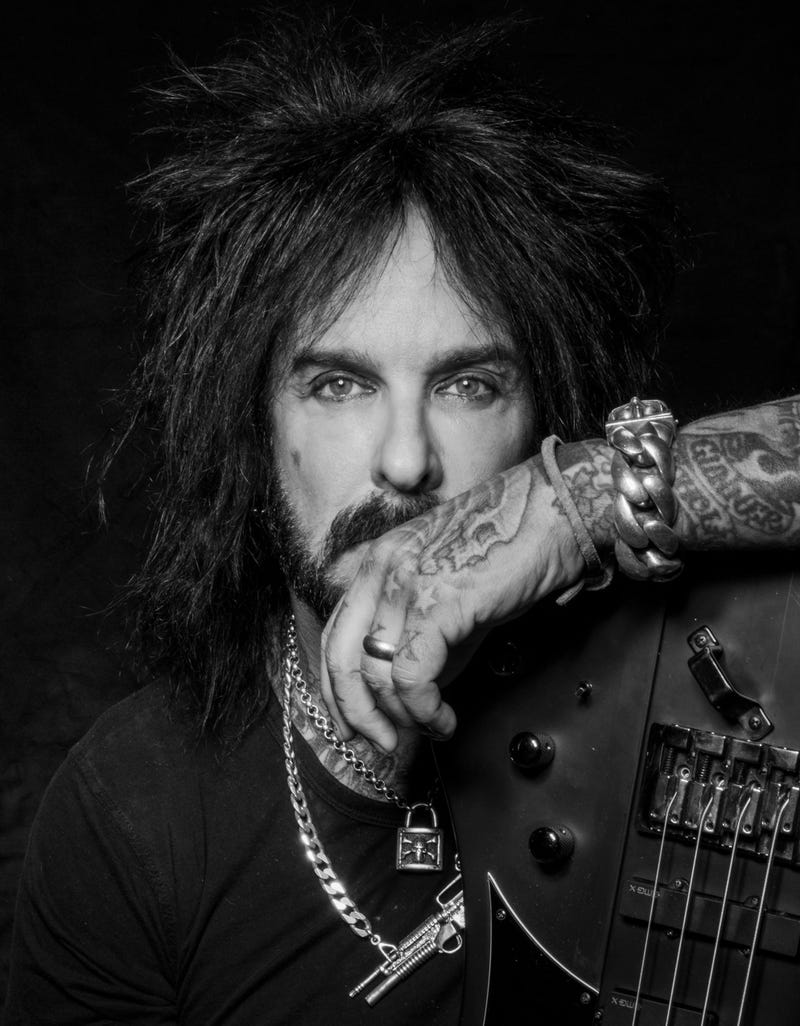 The idea for the song, featuring a who’s who line up of rock, country and alternative stars, was conceived by Nikki Sixx, co-founder of Mötley Crüe and Sixx: A.M., recovery spokesperson and advocate, and one of the leading public figures fighting to destigmatize substance use disorders and recovery. All artist royalties from the song are being donated to The Global Recovery Initiatives Foundation (GRI) to support those in early recovery, with a matching contribution from Better Noise Music.

Says Sixx: “I am proud to bring together these artists to help raise funds for the Global Recovery Initiative Foundation. The opioid epidemic did not go away when the pandemic came along. Just the opposite...those in early recovery became even more at risk than before so it's more important now than ever to raise awareness and support them. I really believe that united we can make a difference and save lives.”

Major entertainment industry companies including Entercom, Live Nation, Ticketmaster, iHeart, Pandora, SiriusXM and many others have come together on this project to raise awareness and save lives. Allen Kovac, CEO of Better Noise Entertainment explains, “Label and studio heads know there is nothing sadder than when an artist or actor you’ve worked with passes away due to substance use disorders. This initiative is a wakeup call to the entertainment industry that we can’t lose more legends like Prince, Philip Seymour Hoffman, Tom Petty and Michael Jackson.”

“So, Nikki rang me to see if I’d lend a vocal to ‘Maybe It’s Time.’ After hearing the track for the first time in a while, I was reminded how good it is so I was in! It felt right, all around, giving back to the much-needed Global Recovery Initiative,” explains Joe Elliott of Def Leppard.

The song is also featured on the soundtrack for the upcoming Better Noise Films release SNO BABIES. The film, out on video on demand September 29th, depicts the grim realities of teen-age addiction and its effects on a middle-class suburban town. SNO BABIES shows how easy it can be to both miss and hide the signs of addiction behind the facade of “good” neighborhoods and busy communities.  Better Noise Films’ share of profits is also being donated to GRI.

The film aims to help start the difficult conversation within families about substance use disorders.  “Alcoholism and drug addiction are family diseases. They’re the only diseases that everyone is mad at and hurt if you have it,” explains vocalist of Bad Wolves and sober coach, Tommy Vext.  “People don't get upset at you if you get cancer. It's because with addiction, it affects everyone whose life touches the sufferer.”  Vext’s #1 hit song “Sober” is also featured on the film’s soundtrack, which is available September 4th.

"It’s a real issue… It’s affecting young people more and more every year, so it’s very, very important for all of us to pitch in and do our part, especially some of us who have lived through it…those of us who have survived… it’s the least I can do," said Corey Taylor of Slipknot of his participation in the project.

The emergence of Covid-19 has exacerbated the epidemic of substance use disorders worldwide.  Being trapped in our homes has amplified our need for community and resources to fight the battle against addiction.  The National Institute on Drug Abuse (NIDA)’s director, Dr. Nora Volkow, recently said “For the past three or four months when Covid-19 hit, we don’t have accurate numbers of what the consequences are doing to the overdose fatalities, but from what we hear it’s estimated that there’s at least a 20% increase in the number of calls to the agencies reporting spikes in overdoses.”  She attributes this to the loss of support systems.  As much as there has been awareness raised about the growing opioid crisis and addiction, there have been few initiatives created to address the issue, head-on, at a scale needed to have the necessary impact.

At a recent Summit of Recovery Researchers, Vice Admiral Jerome M. Adams, U.S. Surgeon General emphasized: “We need local support services for people in early recovery because the protocols of Covid-19 requires isolation and reduces access to support services needed which is the opposite of what is needed to reduce reuse.”  The Global Recovery Initiatives Foundation (GRI) is the first and only national community foundation dedicated to building a philanthropic source of funding for organizations to expand their capacity to provide people with Substance Use Disorders (SUD) recovery support systems and services to combat the growing problem. GRI’s goal is to deploy 1,000 Recovery Corps workers into communities to provide peer support and access to services for those in early recovery. GRI supports organizations using evidence-based programs that have demonstrated success in: engagement of philanthropy leaders to invest in recovery focused non-profit initiatives, reducing the stigma around substance use disorders and recovery, and deployment of public, private and pop culture resources to strengthen the field of recovery.Global Recovery Initiatives Foundation board member, Nikki Sixx is an international rock icon, founding member of global multi-platinum rock act Mötley Crüe and Sixx:A.M., and three-time New York Times best-selling author with "The Heroin Diaries," "This Is Gonna Hurt" and Mötley Crüe’s "The Dirt," which was recently adapted into a Netflix film. Among Sixx’s many philanthropic efforts is raising money to help the homeless youth through Covenant House California. Currently, Sixx is one of the leading public figures fighting to destigmatize substance use disorders.

The trailer for SNO BABIES can be found at https://snobabiesmovie.com/

The Global Recovery Initiatives Foundation (GRI) is the first and only national community foundation dedicated to funding organizations that provide support services for people in early recovery from substance use disorders.https://globalrecoveryinitiatives.org/