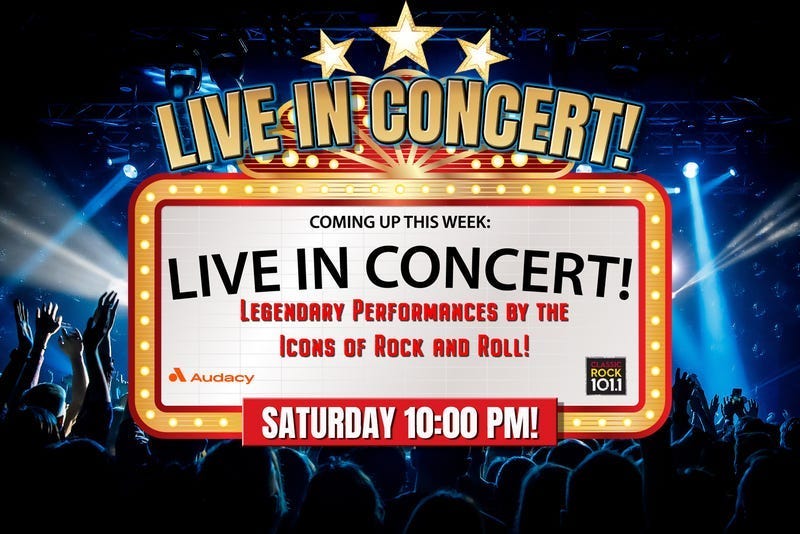 Bruce Springsteen will be celebrating his 72nd birthday on September 23rd. We're celebrating with this legendary performance recorded live just days before his 29th birthday!

On this broadcast of Live in Concert, we're going back to the "Darkness" tour. We'll listen to a jaw-dropping concert captured live at the Capitol Theatre in Passaic, New Jersey exactly 43 years ago this weekend. It was September 19, 1978.

Many consider the "Darkness" tour to be the most important tour in Springsteen's career, and full of the most impressive performances. It laid the foundation for what would become commonplace for decades to come.

Be sure to wish "The Boss" a happy birthday, and don’t miss this unbelievable concert from Bruce Springsteen and the E Street Band- they’re headlining Live in Concert!