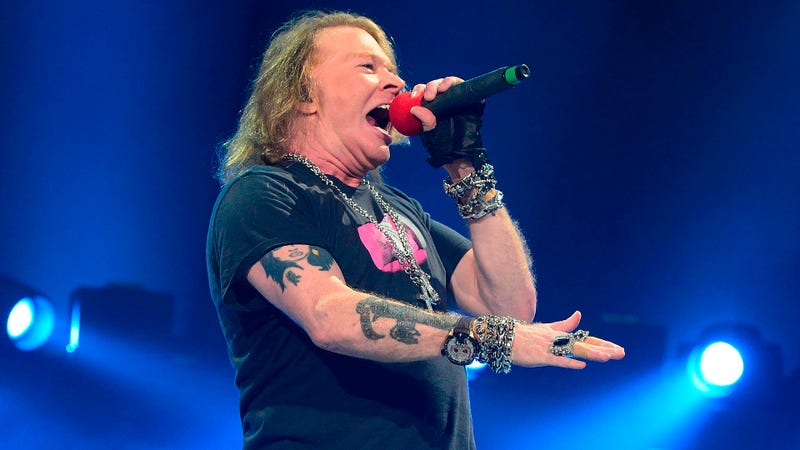 Axl Rose is putting and end to a 30-year Guns ’N Roses tradition.

After hearing that a fan may have been injured by his microphone after he hurled it into the crowd at the end of a recent show in Australia, the Guns ’N Roses frontman revealed he will be hanging on tight to his mic in the interest of public safety.

"It's come to my attention that a fan may have been hurt at r show in Adelaide Australia possibly being hit by the microphone at the end of the show when I traditionally toss the mic to the fans," he wrote.

According to his post, a fan by the name of Rebecca Howe was reportedly struck in the face and suffered two black eyes. While still working to find out if the information is true, Rose has decided to put safety first.

"If true, obviously we don’t want anyone getting hurt or to somehow in anyway hurt anyone at any of r shows anywhere," he continued. "Having tossed the mic at the end of r show for over 30 years we always felt it was a known part of the very end of r performance that fans wanted and were aware of to have an opportunity to catch the mic."

He continued, “Regardless, in the interest of public safety, from now on we’ll refrain from tossing the mic or anything to the fans during or at r performances.”

Rose’s post has gotten a lot of attention and mixed feelings from fans. Many expressing frustration and belief that his microphone did not actually cause the woman’s black eyes, while others shared fond memories of the well-known tradition and thanks for his concern surrounding fans.

August 5, 2021 was one of the greatest days/nights of my life because of the epic @gunsnroses concert and I caught your mic at the end. I still have it. Totally sucks that u won't be tossing your mic anymore. 🤘🏽🤟🏽

Good on you, Ax! Sucks someone got hurt, obviously an accident, but smart to stop doing it. Could have been worse, hit a kid...same in sports. Accidents happen, but you adjust before they happen again. #GNFNR

If this is true, I'm sorry for the fan, but I'm more sorry for not having more chances to get your microphone. Anyway, I'm also sorry that they are criticizing you for this, because it is OBVIOUS that you were not to blame. Accidents happen. Big hugs, love you!

If you had hit me with the mic, I would have said Thank you 🥹 love you 🫶🇦🇷 #blessed

Sign of the times Axl. You are a total professional and adapt/cope with these people really well. There is a substantial amount of this behaviour about it seems, I get it in the street while performing. Stay strong & smart dude. Keep on Rockin(&throw me a support slot please ;)