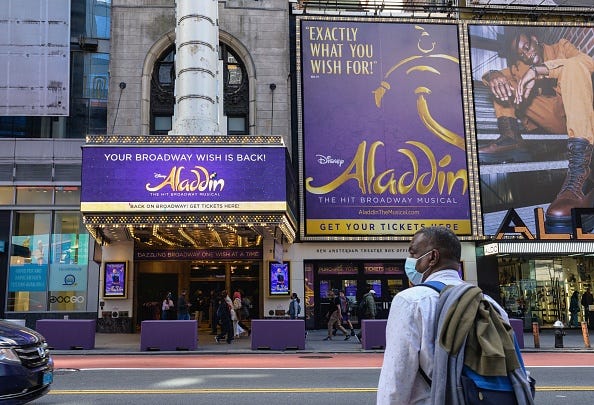 The show will attempt to return to the stage on Sunday, Oct. 12, according to the notice. Photo credit ANGELA WEISS/AFP via Getty Images
By Kyle Kandetzki

NEW YORK (1010 WINS) -- A tumultuous week for the return of "Aladdin" on Broadway has finished with yet another cancellation of shows -- this one lasting several days.

The show sent an email to ticketholders and posted on its website, informing them that shows from Friday through Oct. 10 would be canceled due to additional breakthrough COVID-19 cases.

"Although negative PCR testing allowed us to move safely forward with last night’s performance of "Aladdin" at The New Amsterdam Theatre, additional breakthrough COVID-19 cases were detected within the company today," the production said.

The show will attempt to return to the stage on Sunday, Oct. 12, according to the notice.

The popular Disney production returned to the New Amsterdam Theatre Tuesday night, only to be canceled Wednesday night due to breakthrough COVID cases.

Thursday night’s show then went on as scheduled before the more lengthy cancellation was announced Friday.

"We apologize for the disappointment and inconvenience this causes ticket holders, but we trust that audiences will agree that safety must be at the forefront of our return to Broadway," the statement continued.

The Wednesday cancellation was the first missed Broadway performance due to COVID since its reopening in June, according to the New York Times.

The show first opened at the New Amsterdam Theatre in 2014, and was nominated for five Tony Awards. 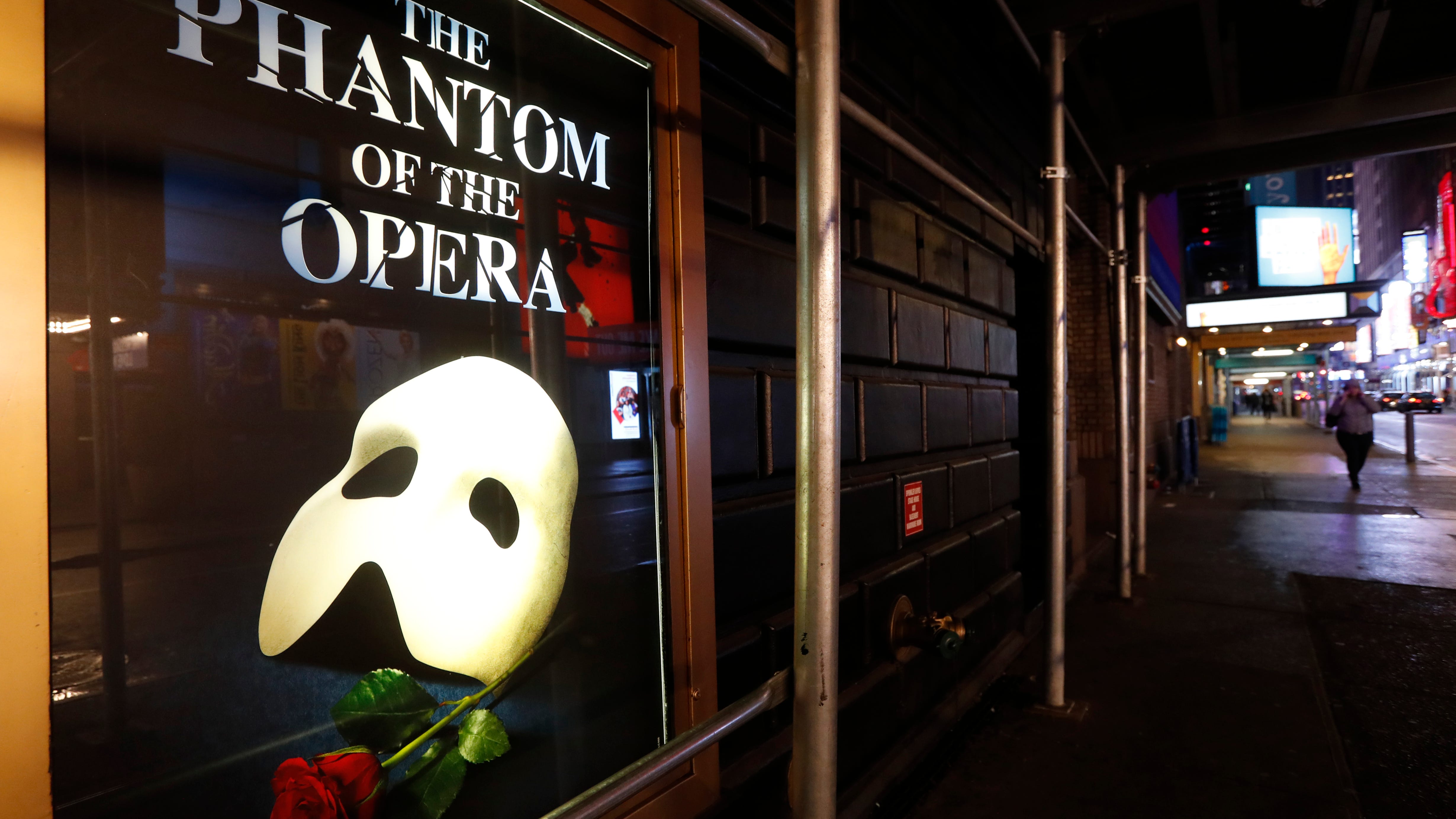