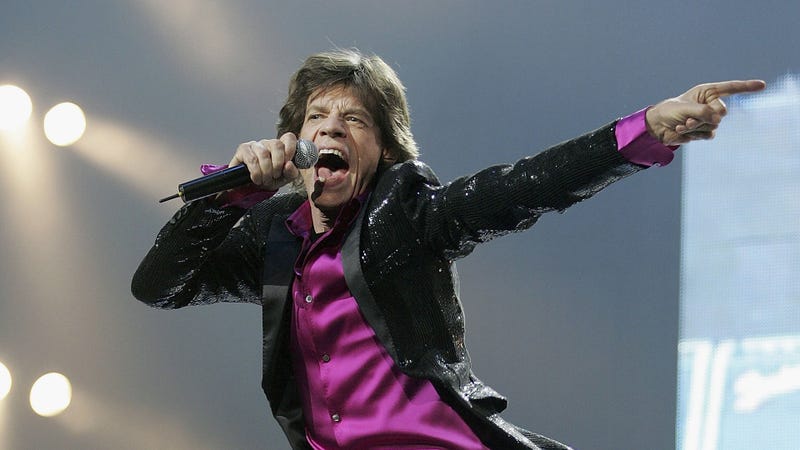 Well he warned you, slightly late, but the warning was there: Start him up and he'll never stop! Legendary frontman Mick Jagger of The Rolling Stones is commemorating another trip around the Sun today, July 26, and we're celebrating the ageless singer with music picked especially for his biggest fans!

Listen to your favorite music now -- curated for fans, by fans -- on Audacy's The Rolling Stones Radio

Mick Jagger: Iconic, unrivaled, ever-professional, and always on the go. The Rolling Stones singer turns 79 years young today, July 26, 2022, marking another year spent circling not only our Sun but the globe as he and the band continue their perpetual touring cycle which, in essence, kicked off back in the early '60s.

In his honor today, The Stones shared a set of awesome slides on Instagram showing Mick showered in confetti while on stage, along with a video clip of him performing -- leaving absolutely zero doubt as to why there exists a hit song called "Moves Like Jagger" named after him. Hopefully, like us, you're in a serious mood now to break out your dancing shoes and cut a rug!

But first, we need to do some stretches...

Celebrate Mick all day today on Audacy's The Rolling Stones Radio -- inspired by and built for your love of The Stones -- for all your favorite songs, along with music from other artists we know you'll enjoy like Pink Floyd, The Yardbirds, Led Zeppelin, Aerosmith, The Doors and much more!

Keep the party going with even more of Audacy's all-new podcasts and curated stations like The 60s, The 70s, 80s Guitar, Rock N’ Road, Freedom Rock, The Canyon, Arena Rock, Wake Up and Rock, and The Roots of Rock for those who crave the early days.