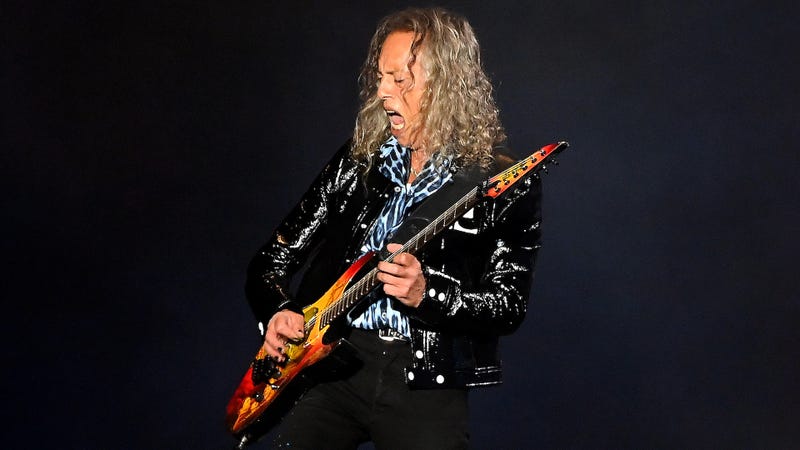 A joint tour between Metallica, Guns N’ Roses, and Nirvana would certainly warrant the title of “greatest tour ever.” Little did fans know, we were extremely close to that becoming a reality.

Metallica guitarist Kirk Hammett took part in an interview with NME as he recalled a conversation with the late Kurt Cobain. Hammett was tasked with recruiting Nirvana to open for Metallica and Guns N’ Roses during their co-headlining tour back in 1992.

Cobain and Hammett had a good relationship as the Nirvana frontman was a self-professed Metallica fan. It was the other band on the bill that Cobain had a problem with.

“I had to make the phone call to Kurt [Cobain] to talk to him about the possibility of joining our tour,” Hammett recalled. “He just went on and on about how he just didn’t like what Guns N’ Roses stood for and I said to him, ‘Just go out there and represent Nirvana, just play the show and then that’s it.’”

Hammett tried to convince Cobain, but it was a lost cause at that point. “I pleaded with him, but he just wasn’t having it,” he said.

He then recalled inviting Cobain to a show in Seattle while Metallica was touring behind The Black Album. Cobain asked Hammett if they were going to play “Whiplash,” which he called his “favorite Metallica song.”

“When he came to the show, he was in the snakepit [an area onstage] with Courtney Love and every time he walked by, he tried to get my attention but my head was somewhere else,” Hammett recalled.