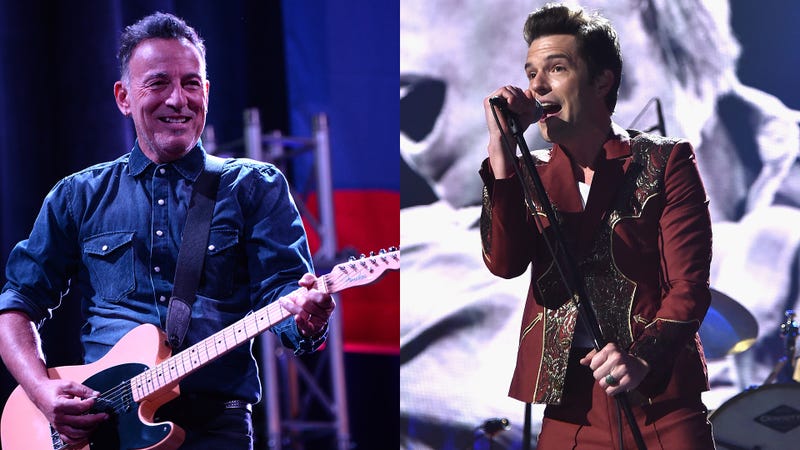 The Killers probably wanted to wait to make this announcement, but when you’re dealing with Bruce Springsteen, you don’t get to have much of a say in it.

On Thursday afternoon, The Killers tweeted out a message saying they have a “killer collab (pun intended),” coming later in the week, but wanted fans to guess who it was with. Just a few hours later, Springsteen spoiled the surprise on his radio show when he revealed that he was the guest collaborator.

Springsteen confirmed he recorded new material with The Killers that will be coming out shortly. “It’s Brandon [Flowers] and I with the band, we have done something that is going to come out soon, in a week or so,” he said. “I’ve been staying busy.”

Since "the cat's out of the bag," The Killers dropped a teaser clip of their collaboration, which appears to be a cover of the band's track "A Dustland Fairytale."

Not only did The Boss reveal he has a collaboration with The Killers, but he has one with fellow rock icon John Mellencamp as well.

“I worked on three songs on John’s album and I spent some time in Indiana with him,” Springsteen said. “I love John a lot. He’s a great songwriter and I have become very close and had a lot of fun with him. I sang a little bit on his record.”