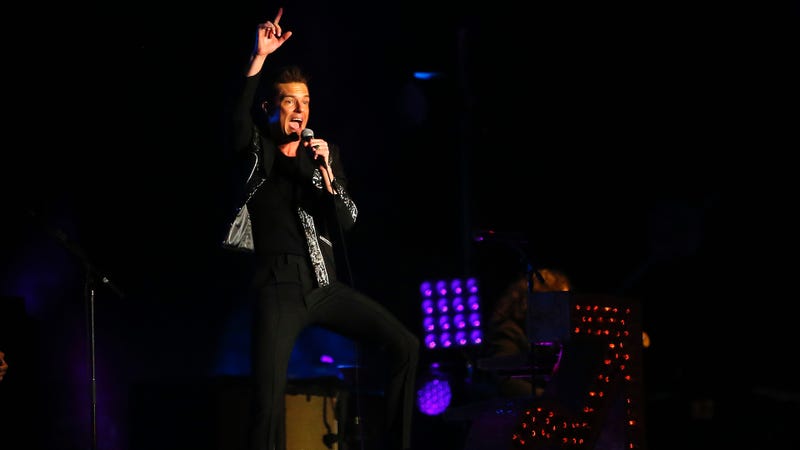 A potentially frightening moment turned into a memory that tens of thousands of concertgoers will look back on with a smile.

Listen to The Killers Radio, now on Audacy

The Killers were in the middle of a gig in Manchester, UK when frontman Brandon Flowers noticed an elderly gentleman crowd surfing towards the stage. Flowers halted the show when he noticed the man was injured with a scrape on the back of his head.

According to the BBC, 67-year-old Doug James fell and cut his head after he fell near the stage while crowd surfing. Flowers jumped off the stage and ran towards him to make sure that he was ok. After Flowers saw that James was alright (and in the midst of receiving medical treatment), the two embraced for a hug.

“There’s no age limit for rock ‘n roll!” The band posted on social media with an accompanying photo of Flowers and James.

Flowers stepped back on stage and explained what was going on. “Billy was trying to crowd surf,” Flowers said, referring to James. “He’s about 68 or 69 years old and I said, ‘Billy! What are you doing?'”

“You know what he said?” Flowers continued, “He said ‘I’m enjoying myself.'”

James later caught up with the BBC and funny enough admitted that it was his first time crowd surfing. "I want to do things I've not done. I was just enjoying the moment,” James said before adding that he was feeling fine and recovering well from his fall.