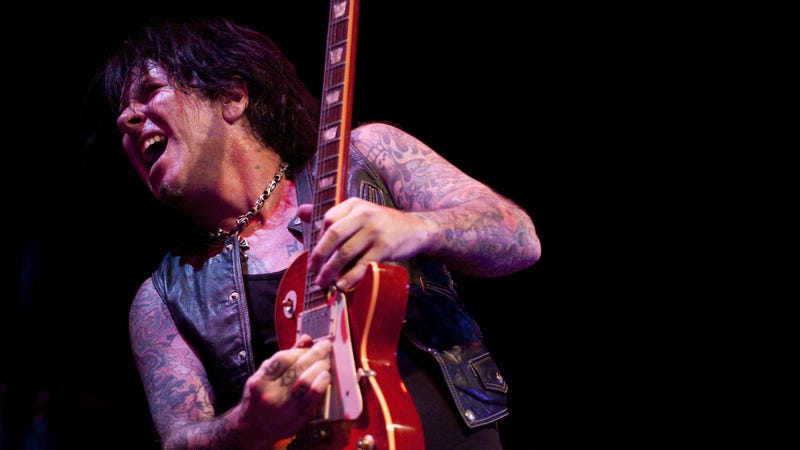 L.A. Guns were gearing up for a show in Plano, TX when guitarist Tracii Guns realized he wouldn’t be able to play on stage. Rather than canceling the show, the band came up with an innovative manner that wound up satisfying all parties.

Guns took to Facebook before the show to explain the effects that he faces from having a panic disorder.

“While I have it 95 percent under control, heat is the remaining trigger and I simply cannot play in the heat,” The L.A. Guns guitarist wrote. “BUT!!! We have found a solution for todays show[.] I will be playing in a comfy bathroom directly behind the stage where there is air conditioning. I will do an Instagram live stream during the set if y’all really need to watch me play. I apologize for my crazy brain.”

Seriously, just take a look at this. Genius.

Bassist Johnny Martin elaborated on how it all came to be (via Consequence). “Tracii wasn’t gonna play the show at all. Because his anxiety is still pretty prevalent,” Martin said.

“He said to me that he wasn’t going to do the show, because the heat was just too unbearable to his condition.”

“And that we’ll just have [guitarist] Ace [Von Johnson] cover his parts,” Martin continued. “So, basically, us play as a four piece. I proposed that we find an air conditioned spot near the stage. And … VOILA! … Here we are. Much better than him opting out, all together. I’M A F*****G GENIUS!”

At the end of the show, Guns joined the rest of the band on stage to thank fans and toss a few guitar picks into the crowd.