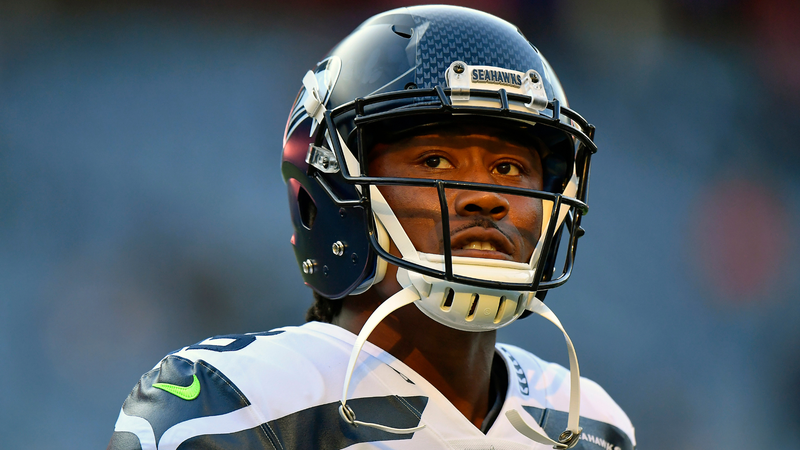 As one of the NFL's most vocal athletes— in terms of dismantling the stigma surrounding mental health—Brandon Marshall is getting his own platform to go deeper.

Jada Pinkett Smith's Red Table Talk Productions is developing a talk show, The Toughest Opponent, and Marshall is slated to host. In the Deadline announcement, Marshall expressed, "A decade ago, I spoke publicly for the first time about my borderline personality disorder diagnosis. Now, I am sharing the mic. I have vowed to make it my life’s purpose to remove the stigma of mental health in sports."

"I cannot be more excited to partner with Red Table Talk Productions to amplify the powerful truths of my fellow athletes. Mental health is part of the human condition, and athletes shouldn’t be expected to check their humanity at the door. The Toughest Opponent is a place where they will never have to."

Previously, it was reported that back in 2011, he was diagnosed with borderline personality disorder (BPD). In spite of his 13-year career and "on-field exploits," the revelation and treatment answered many internal questions. He also proved to be a natural in front of the camera on Showtime’s Inside the NFL.

Deadline states, "the goal of The Toughest Opponent is to create a groundbreaking program that provides a safe space platform for professional athletes to open up about mental illness, a topic that has been off-limits and taboo in elite sports. Even though elite athletes are called warriors and are measured by how they handle pressure and injuries, recent headlines show they pay a high price both while performing and especially post-career with CTE and other injurious factors. The producers say that latest research shows that more than 1 in 3 professional athletes suffer from mental health symptoms and disorders."

In response to the news, Pinkett Smith expressed, “Brandon is a pioneer in this field. Sports values mental toughness and by standing up and admitting his own struggles with BPD, Brandon is an extraordinary example for others who otherwise suffer silently.”