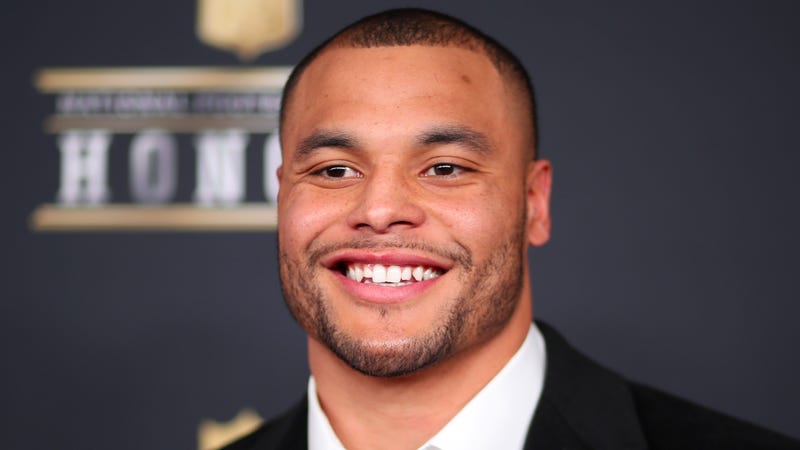 Yahoo Sports! shared a remarkable story about Dallas Cowboys quarterback Dak Prescott and his desire to not shy away from questions about mental health. Prescott was gearing up for a Zoom interview when a representative got on the video feed to inform the interviewer there would be no mental health questions.

Prescott has long been open about his own mental health struggles. As one of the most recognizable stars in the league, Prescott uses his platform to ensure mental health support becomes an integral part of the NFL.

The quarterback lost his brother Jace last year and opened up about how much it affected his own mental wellbeing. Following the life changing event, Prescott took charge in making sure conversations about mental health are met with openness and acceptance.

“Thats a testament to my platform, just being a quarterback of the Dallas Cowboys,” he said. “And not only that, [but] having experience with it losing a brother and just all of the things that I’ve been through, from fighting all the adversity and coming back to a position that I could be proud of, [then experiencing] adversity again and bouncing back.”

The NFL has taken notice as well. In 2019, the league began an initiative requiring all teams to hire an in-house mental health professional. Each franchise is required to have a behavioral health clinician at their facility for at least eight hours a day. Additionally, the clinician helps coordinate personalized mental health care for players.

“I think the NFL is obligated to [help] and they have,” Prescott said. “That’s exciting and that’s refreshing for me, to know that mental health is being coached like a skill. That’s exactly what it is. You have to work on it almost each and every day for it to be where you want it to be.”

Prescott has had numerous players join him in advocating for mental health support in the league. While the league has emboldened players to share the stories of their own mental health journey, Prescott offered advice for anyone looking to take care of their mental health, “I think the best way is to be vulnerable and talk about it.”