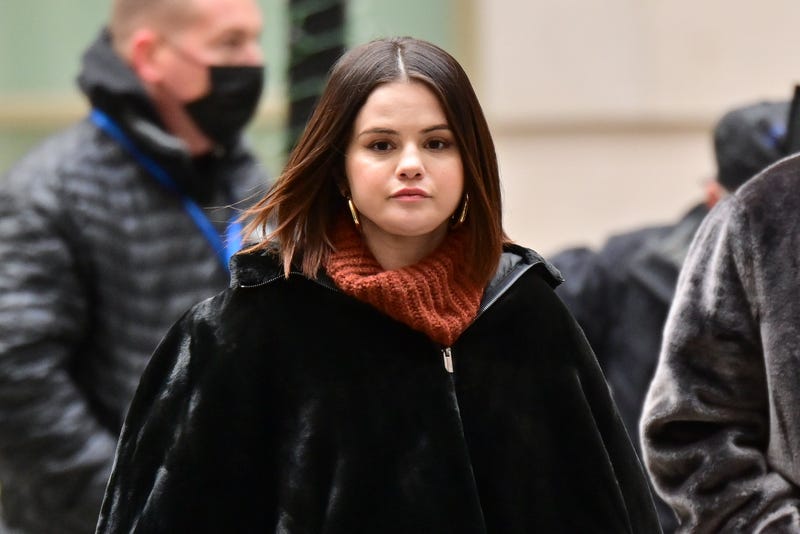 In the last two years, Selena Gomez has been specific about prioritizing her mental health.

For all things Selena Gomez, and songs based on your love for the 'Rare' artist, check out Selena Gomez Radio

In 2018, the Rare artist experienced an emotional breakdown, which prompted her to seek out dialectical behavior therapy, or talk therapy, in order to understand her depression and anxiety.

In a recent interview with InStyle, the Only Murders in the Building star, opened up about her journey and where she is now.

In the last two years, Gomez explained, “I became aware that my little world is complicated, but the picture is much bigger than the stuff I deal with. I have problems with depression and anxiety, and I found it difficult for me to be me."

At first, Gomez said that she avoided discussing her mental health struggles on social media “because I realized I was in a situation where I was extremely blessed.” While continuing to face depression, the singer realized it would be helpful to pause using all social media platforms.

She noted, “At one point Instagram became my whole world, and it was really dangerous.” Selena continued, “Taking a break from social media was the best decision that I've ever made for my mental health. I created a system where I still don't have my passwords. And the unnecessary hate and comparisons went away once I put my phone down. I'll have moments where that weird feeling will come back, but now I have a much better relationship with myself."

Plus, while taking a break from the virtual world of Instagram, Selena shared that getting herself into therapy made a drastic difference in her mental health.

As a “big believer in therapy,” Gomez revealed, “I always feel so confident when I'm taking care of myself.”

“If I'm not in the best headspace and my friends invite me out, I won't go. I've lost my sense of FOMO, which I'm proud of. Sometimes I push myself too much, and it catches up to me. But I try to balance out everything as best as I can. I like to be there for my friends and celebrate everyone. But I have to make sure that I'm OK, you know? Because if I'm not OK, I can't be OK for other people."

Now, focused on changing her ways, Selena no longer avoids speaking candidly about struggling with depression and anxiety. The actress has continued to ensure that “changing the narrative of mental health,” will always be a part of her career path.

Gomez frequently discusses mental health during interviews and public appearances. The artist is currently working on crafting a curriculum for school-aged kids to learn how to be open about and discuss their feelings.