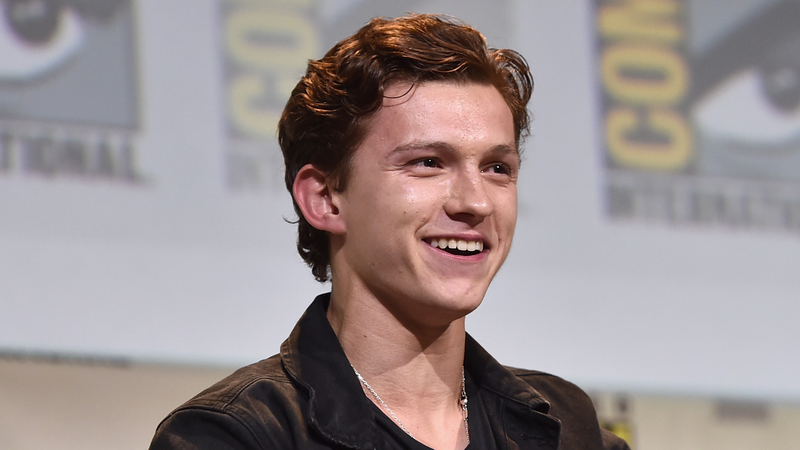 Following up his previous Apple TV+ project playing an Army vet suffering from PTSD in the Russo brothers feature film Cherry, Tom Holland has a new project with the streaming service, an original series called The Crowded Room, inspired by Daniel Keyes' biography The Minds of Billy Milligan.

A co-production between Apple Studios and New Regency, the 10-part series comes from A Beautiful Mind’s Akiva Goldsman, who will write, and serve as executive producer alongside Holland and others.

Described as an anthology series that will explore the true and inspirational stories of those who have struggled, and learned to successfully live with mental illness. The Spider-Man star will play Billy Milligan, the first person ever acquitted of a crime because of multiple personality disorder, now known as dissociative identity disorder.

He will play Billy Milligan, the first person ever acquitted of a crime because of Multiple Personality Disorder pic.twitter.com/JiK0UWJ9gD

Anxiety and depression to dissociative identity disorder, comparatively were seldom discussed in the media as openly as they are today. Nowadays, things are different: the formerly taboo topic is now something that we recognize can affect anyone, at any time. Which in turn, has encouraged us to be far more empathetic and understanding about the plights of others.

While Billy Milligan’s illness led to violent and irreparable behavior, not all cases are as extreme.

Audacy’s I’m Listening initiative aims to de-stigmatize the discussion of mental illness and encourage those who are dealing with mental health issues to understand they are not alone. If you or anyone you know is struggling with depression or anxiety, know that someone is always there. Additionally, the National Suicide Prevention Lifeline is available 24 hours a day, 7 days a week at 1-800-273-8255