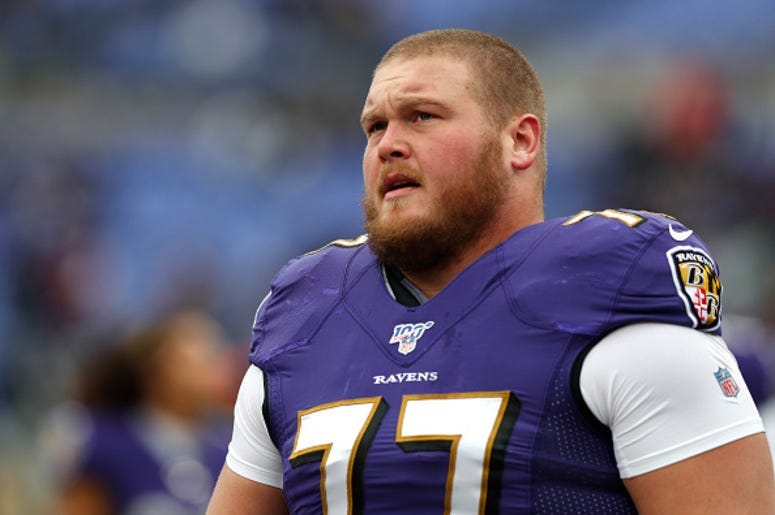 They say everything is bigger in Texas, but when it comes to food challenges, sometimes Texans go a little too big. An NFL offensive lineman has gone viral for his impressive feat of completing the Big Texans Steak Ranch challenge in Amarillo. Bradley Bozeman, who plays for the Baltimore Ravens, completed the challenge in under an hour, and got a free shirt for his accomplishment.

Congrats to the Baltimore Ravens center, @bsboze!! The 72oz. STEAK EATING CHAMP of the NFL!🏈🥩 pic.twitter.com/ExBKqlWITe

Bozeman, along with his wife Nikki, is traveling across the United States to teach students about bullying, but during their stop in Texas, they decided to grab a bite to eat. While at the Big Texans Ranch Steak House in Amarillo, Bozeman attempted their massive food challenge. The challenge calls for a 72-ounce steak, shrimp cocktail, baked potato, salad and a buttered roll to be eaten in under an hour.

Stop 5: We had such a great visit at @TrumanGPISD! We are so appreciative of Truman for having us. On one of our free days @BSBoze took me horseback riding and we were able to get some amazing BBQ! Our next stop sounds something like “Amarillo by morning, Amarillo I’ll be there” pic.twitter.com/iudHXTp6kx

Being a 317 Pound NFL offensive lineman, Bozeman was able to complete the challenge, which is supposed to be completed in under an hour, with ten minutes to spare. Clearly, this food challenge was no match for Bozeman. However, for those that aren’t offensive lineman, it might not be that easy.