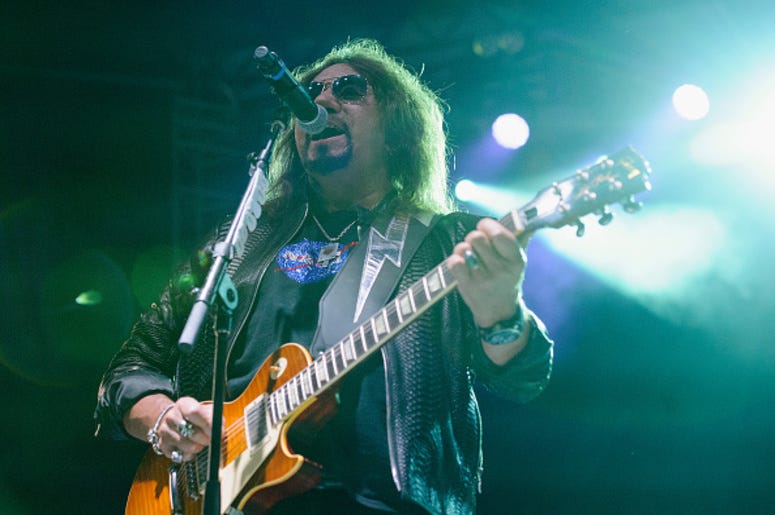 They say time heals all wounds, and for fans of KISS that’s definitely a good thing. Former KISS guitarist Ace Frehley recently claimed, after years of fighting, he is now on good terms with Gene Simmons and Paul Stanley.
According to Frehley, he may even be ready for a reunion, as long as the price is right.

Any time Ace Frehley is interviewed, it is a guarantee at some point he will be asked about his relationship with his former KISS bandmates. However, Frehley seems done with the public arguing, instead claiming he no longer has an issue with the rest of the band. “I'm on good terms with Paul [Stanley, guitar/vocals] and Gene [Simmons, bass/vocals], which is nice, because we created something really special in the early '70s that has outlasted so many other bands. And God bless 'em. They're still doing it; I'm still doing it,” said Frehley.

According to Blabbermouth, Frehley claimed he would even consider a reunion with his former band. “I never closed the door on anything. If the money's right and it's presented to me in the right way, anything can happen,” said Frehley. Now KISS fans just have to hope Gene Simmons doesn’t reply by starting up another fight.