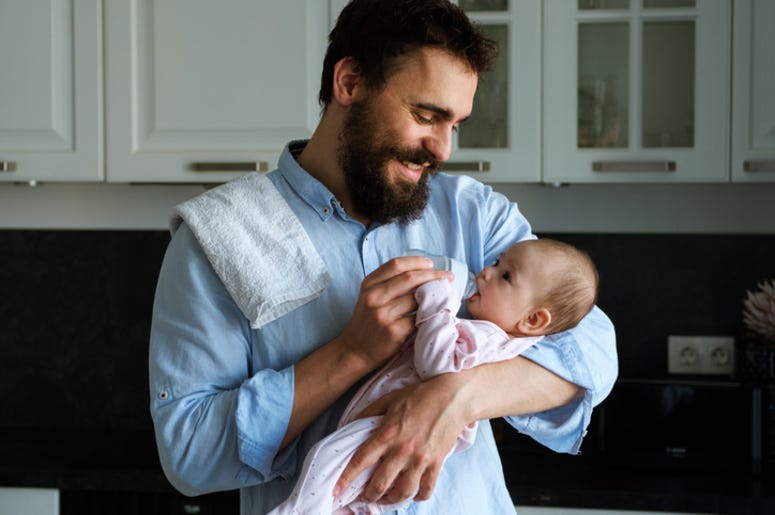 Becoming a parent often forces young adults to grow up fast. However, sometimes old habits are hard to break. A father went viral recently after using a technique he used in college to gain weight to help his infant daughter do the same. The new dad filled a beer bong with formula to feed his daughter.

Gained a ton of weight this way in college, so I figured it could do the same for her ##funny ##baby

When doctors told Seattle dad Rudy Willingham his 8 month old daughter needed to gain weight before her next visit, he came up with the perfect solution. “Gained a ton of weight this way in college, so I figured it could do the same for her,” Willingham captioned the video showing off his invention. According to the New York Post, the dad even created a custom beer bong for his daughter, attaching a bottle nipple to the end of the hose.

Many online were amazed by the video; especially the daughter’s excited reaction to her new contraption. Of course, the father assured, he won’t be using the beer bong for his own beverages, saying “Gotta keep things sanitary for my little gal.” The internet will soon be filled with babies using beer bongs.