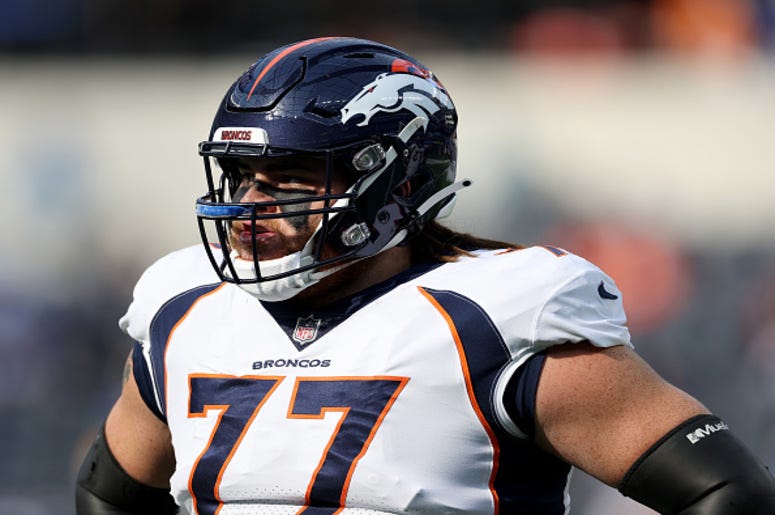 People often forget NFL offensive lineman are athletes, despite their massive size. Every once in a while one of these players happens to end up in the end zone, and fans are treated to the beloved big man celebration dance. Now, one NFL offensive lineman has decided to show off his dance skills away from the football field, sharing video of him nailing the dance from ‘Napoleon Dynamite.’

Denver Broncos offensive lineman Quinn Meinerz has made a name for himself in his rookie season thanks to some solid play. However, it’s his offseason work that is getting him even more attention. Meinerz recently took to social media to celebrate the end of his first NFL season, and in his post, he included a video of him performing the dance from the move ‘Napoleon Dynamite’ during training camp.

While the rookie was likely forced to do the dance as part of a rookie tradition, many online were impressed by the large man’s dancing skills. Since being shared, the video has received over 15,000 likes, according to Bro Bible. If the NFL doesn’t work out, there’s always ‘Dancing With The Stars.’