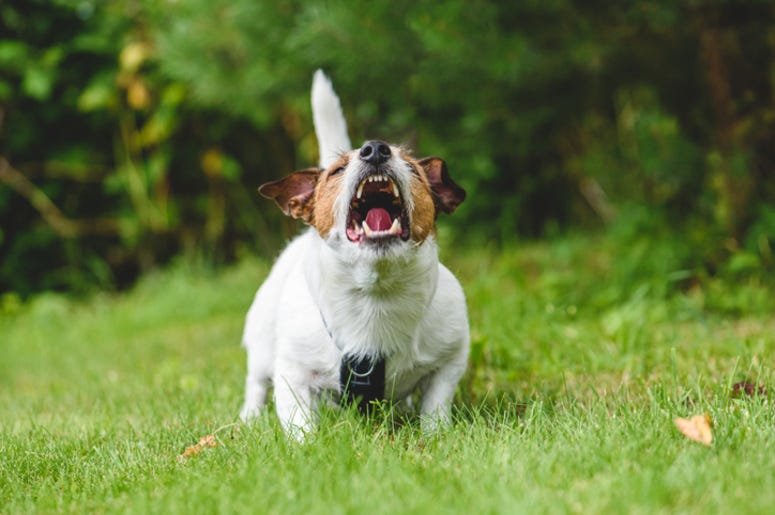 They say small dogs have the biggest bark, but usually that’s about all they got. However, one small dog recently showed it can do more than just bark, protecting its home from a wild animal. As seen in the clip that recently went viral, the dog had an epic stare down with a mountain lion, claiming an unexpected victory as its owner watched in fear. The video includes some NSFW language.

Those who live near mountains are guaranteed to see a few mountain lions over time. For most, that means keeping their pets inside and away from danger. However, one woman clearly doesn’t need to worry about that, as her tiny dog Dash has no fear. As seen in the clip, the dog calmly stands at the window, even as a mountain lion approaches. While the dog’s owner is freaking out, and the mountain lion attempts to get through the glass window, the dog stays without flinching.

Eventually the mountain lion wonders off, leaving the dog to celebrate its victory with a bark session. According to Bro Bible, the dog’s owner shared the video on Facebook where it racked up a ton of views, likes and comments. Hopefully the mountain lion let the others know; Dash is not to be messed with.