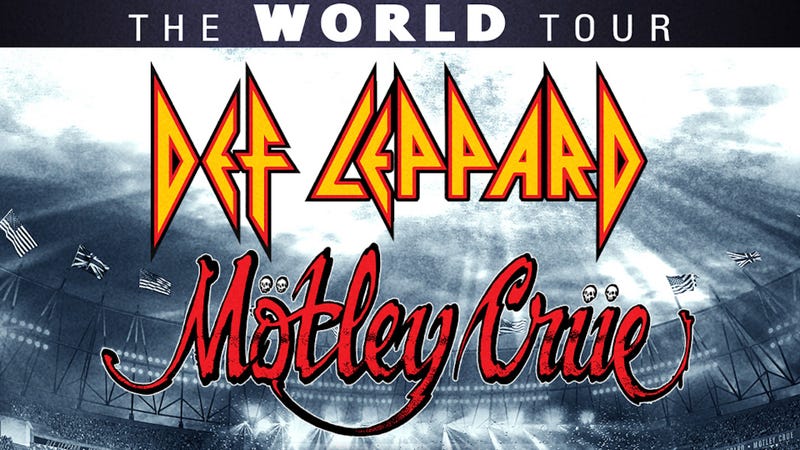 Def Leppard and Mötley Crüe are at a it again. After a massive 2022 North American co-headlining stadium tour, the bands are going global in 2023 with another co-headlining trek, The World Tour featuring special guest, Alice Cooper.

After previously announcing dates in Europe and Latin America, the bands have now revealed shows in the United States. Kicking off in Syracuse, NY on August 5, the tour will continue through the States with stops in Columbus, OH; Fargo, ND; Omaha, NE; Tulsa, OK and El Paso, TX.

"We had an incredible time playing The Stadium Tour in North America this summer and we truly can't wait to take the show around the globe with The WORLD Tour in 2023.” Mötley Crüe said in a joint statement. “Crüeheads get ready because we have a few amazing U.S. dates set for you!"