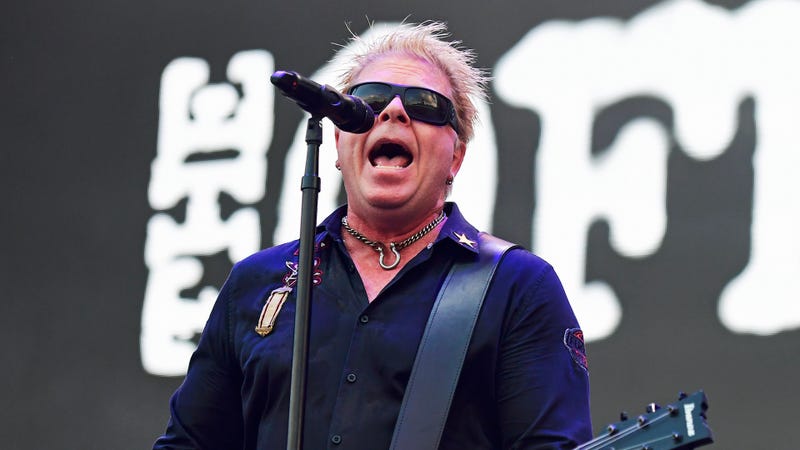 Science is cool and The Offspring’s Dexter Holland just made it that much cooler by sharing how it inspired a line from the band’s breakout hit, “Come Out And Play.”

Ahead of delivering a commencement speech for the University of South California’s Keck School of Medicine’s class of 2022, Holland sat down with Vice’s Alex Scordelis to discuss the importance of science and how an experiment prompted lyrics for one of his band’s biggest hits.

Holland returned to school at USC after 20 years focusing on music to earn a Ph.D. in molecular biology. Exploring the world of science after tremendous success in the music business prompted Holland to see the similarities between the two.

“I can totally see the connection between math and music,” he said. “I can visualize it. When I play the chord structure for ‘Come Out and Play,’ it’s kind of a triangle in a way… There is a kind of a spatial association between music and math.”

He continued, “Medicine is an art and research is an art. You have to be creative in the way you design experiments.”

While experiments require creativity, according to Holland, they can also spark musical creativity. That’s exactly what happened to him during an experiment that lead him to the lyrics for one of his band’s biggest hits.

“I was preparing gelatin—they call it agarose for Petri dishes—and it’s very thick and viscous,” Holland shared of the day an experiment inspired him musically. “And to sterilize it, you have to put it in a pressurized oven called an autoclave. I was making a lot, like gallons, in Erlenmeyer flasks.”

He continued, “So after an hour, it was hot as s***, and you have to wear oven mitts and you take it out and you can’t pour it because it’s practically boiling. I was waiting for it to cool down and it’s taking forever… This sounds so ridiculous telling this story, but in that moment I spoke to myself and I said, ‘these flasks are never going to cool off. I gotta keep ’em separated’… And it was like a light bulb went off. I said, ‘Whoa, I need to remember that line.’”

That’s exactly what he did as he took those exact words to the writing room and “Come Out And Play,” was born.

“I swear to God, this is a true story… I’m hoping that USC doesn’t come after me for ownership of that song.”

While he hasn’t received a call from the University for rights to the song, he did receive a call from them in December 2021 requesting he deliver the commencement speech at this year’s Keck School of Medicine graduation. Holland agreed while admitting he was “shocked stunned and very flattered.”

“I’m used to the environment of getting in front of a crowd and singing,” Holland said. “And in a way, I know what I’m going to sing, and the audience knows what I’m going to sing—the script is there. But public speaking is completely different. It’s scary, actually. After I agreed to it, especially as it gets closer, I’m like, ‘Oh geez, what the hell did I sign up for? How am I going to put myself through this?’ And then you start thinking, ‘Oh s***, this is going to be on YouTube forever.’”

Spoiler Alert: The speech was magnificent. From discussing the creative similarities he see’s between music and science to encouraging the class of 2022 to be courageous in their endeavors, Holland’s speech will surely be remembered for many years to come. Watch it below.