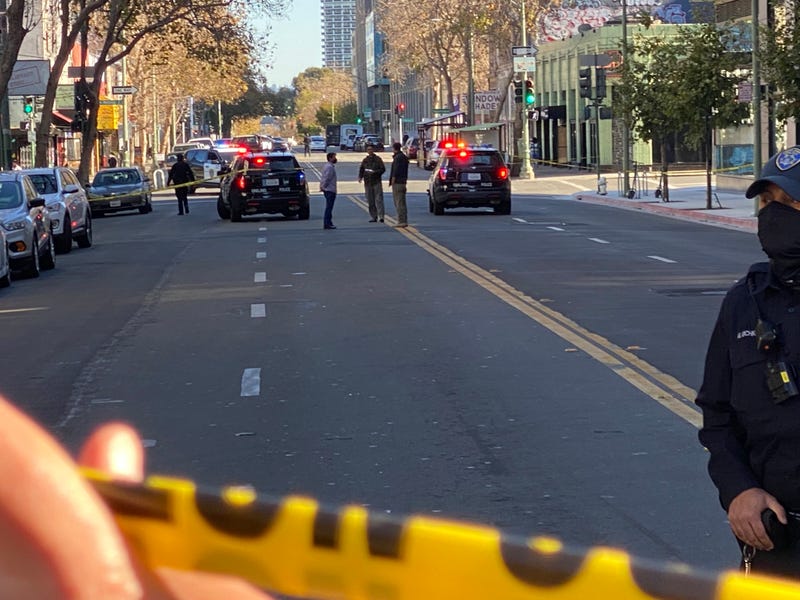 A security guard with a local television news crew has been shot during an attempted robbery in downtown Oakland.

The victim is "being worked on" but is expected to be "okay," Oakland police told KCBS Radio's Bob Butler. Responding officers "found at least a man conscious and breathing and suffering from a gunshot wound to the upper abdomen," as first reported by the East Bay Times.

He was taken to nearby Highland Hospital. He's in stable condition.

KCBS Radio has learned the crew was from KRON, information later <a href="https://www.kron4.com/news/bay-area/kron4-security-guard-shot-in-oakland/