Should bus drivers and train operators be next in line for the vaccine?

"VTA has been strongly and urgently advocating for public transit workers to also get in line for this vaccine," said spokeswoman Brandi Childress.

"We want to be a part of that. We are absolutely on the frontlines transporting some of our most vulnerable populations," said Childress.

"Public transit workers have been on the frontline of this pandemic since the beginning. They’ve been deemed essential workers, essential for this economy to run even when people are sheltering in place. So it’s only fair that we try to keep them as protected as possible and the vaccine is just another way to do that."

While San Francisco and Contra Costa Counties have decided to go ahead and start vaccinating transit workers, Santa Clara County told KCBS Radio that officials are "currently seeking clarity from the state on whether transit workers are eligible for vaccination." 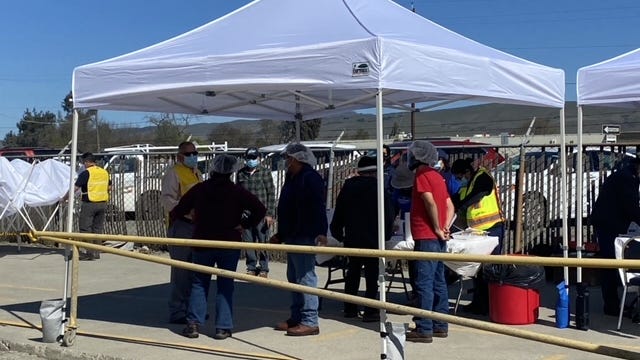 Farmworkers in Santa Clara County line up for COVID-19 vaccine