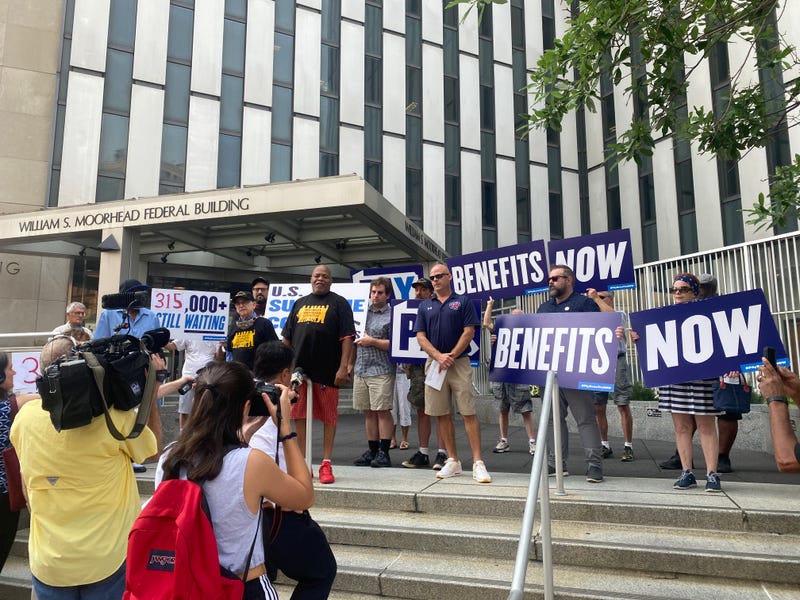 Local groups rallied outside the Federal Building in Downtown Pittsburgh Tuesday, claiming over 315,000 Pennsylvanians are without unemployment benefits because of illegal action by the state.

The Mon Valley Unemployed Committee claims the Pennsylvania Department of Labor and Industry illegally withheld or halted unemployment benefits without giving the claimant notice or the chance to appeal.

The groups says they've identified over 250 claimants in Western Pennsylvania dealing with the issue.

Director Barney Oursler said that goes against Java vs. California, a U.S. Supreme Court case from 1971.

"There's a Supreme Court ruling from 50 years ago that says you cannot cut people off without giving them a chance to fight to get their benefits, and the system is doing that to people in Pennsylvania," he said. "We're asking the governor to restore people's benefits."

The organization is also asking the governor to provide more oversight over DLI.

Oursler says this particular issue is one of many plaguing the department over the last year and a half.

"[Claimants are] losing their homes, losing their cars that allow them to get to work when there is work," he said. "We think it's just a disaster with issues of fraud, issues of overcharging on interest, just issue after issue."

In a statement to News Radio KDKA, the Pennsylvania Department of Labor and Industry said they're reviewing these allegations.

"The Department of Labor & Industry (L&I) is working with advocacy groups, and is actively reviewing claimants’ allegations that their benefits were stopped.