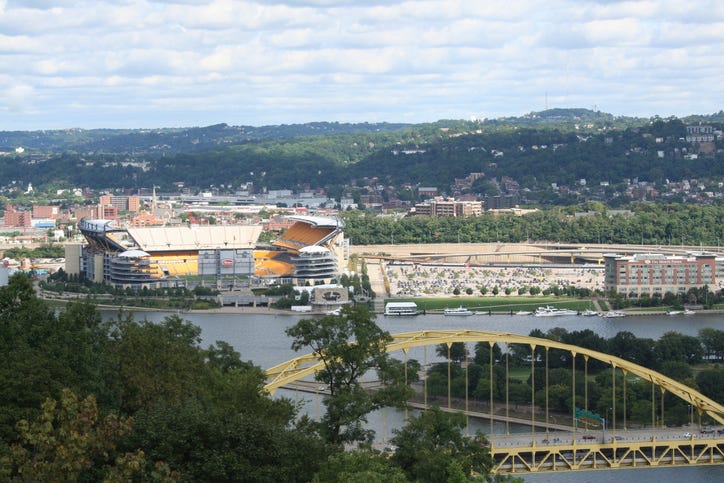 UPDATE: Police have identified the victim of the fall. 27-year-old Dalton Ryan Keane of Monaca died at a local hospital.

On Sunday after the Pittsburgh Steelers 20-24 loss to the New York Jets, a fan had fallen from an escalator in Acrisure stadium and died later from the injuries.

Police and EMS that were in Acrisure responded to the man who had fallen from the escalator at 4:45 p.m..

The man was in critical condition and then taken to the hospital by paramedics on the scene.

Soon after the man would die from the injuries, his identity is not know yet.

The Mobile Crime Unit responded to process the scene and VCU is heading the investigation for the incident according to Pittsburgh Public Safety.

Via The Associated Press, The Steelers released a statement “We are aware of an unfortunate incident that occurred inside Acrisure Stadium today. We are working with local authorities and helping their investigation into the matter. We are sending our thoughts and prayers to the guest’s family.”