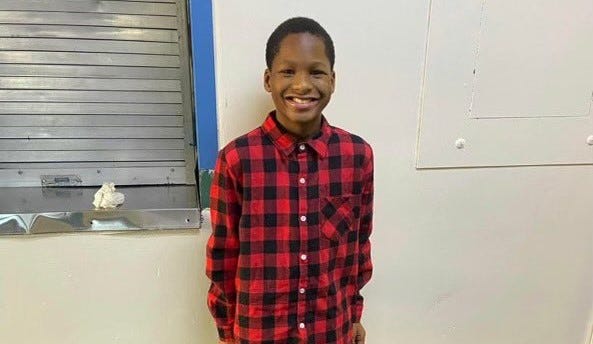 UPDATE 2:58 P.M. 9/21/22 - About four months after a 9-year-old boy was found dead outside his New Kensington home, his parents have been charged in connection with his murder.

The murder of 9-year-old Azuree Charles stunned his community back in May. Now, his parents have been charged and arrested.

Westmoreland County District Attorney Nicole Ziccarelli made the announcement Wednesday. For the first time, the child’s cause of death was discussed.

“The cause of death of Azuree Charles was determined to be mechanical strangulation,” said Ziccarelli. “This horrific tragedy has rocked the New Kensington community.”

Charges against Azuree’s father, Jean Charles, include criminal homicide and first-degree murder. His mother, Luella Elien, has been charged with aggravated assault and hindering apprehension.

A Westmoreland County man is in court on child endangerment and assault charges.

Jean Charles is the father of 9-year-old Azuree Charles, whose body was found behind a New Kensington home earlier this month.

Charles is accused of assaulting a 9-year-old boy last year. Police have not said if the boy assaulted was Azuree Charles.

In this current case, police say Jean Charles really got angry at the boy for making noises and gave him a black eye.

The alleged incident occurred in the same home where Azuree Charles lived. The body of Azuree Charles was found behind a home near where his family lived, just a short time after he was reported missing.

Police have said they have a person of interest in the case, but so far, no charges have been filed.