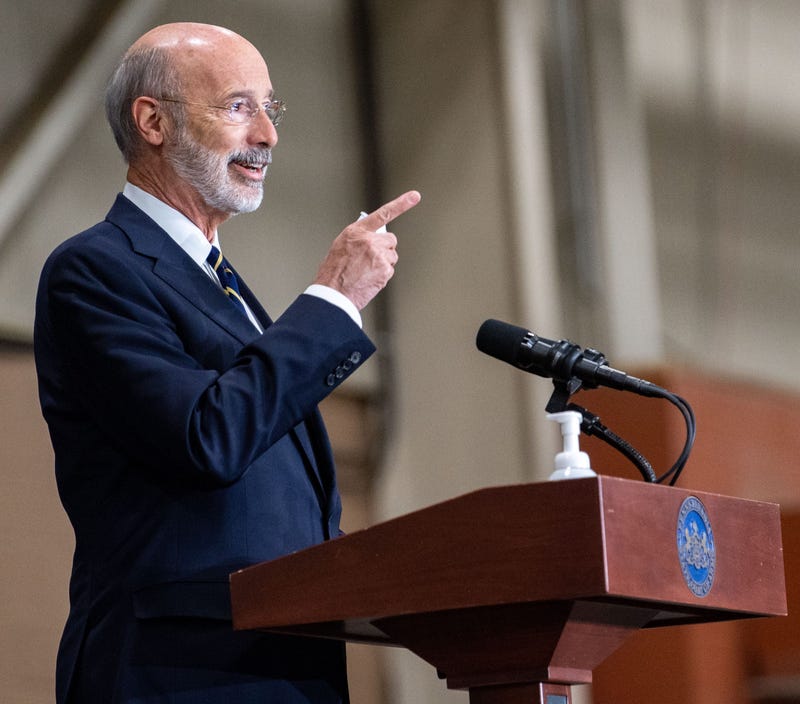 "It would help our farming community, we'd give them another cash crop, and it would create hundreds of millions of dollars," said Wolf, during the KDKA Radio Morning Show Tuesday.

"There will be a lot of Pennsylvanians going into New Jersey to buy recreational marijuana legally. When they do that, they are going to be paying the tax, again, to New Jersey," Wolf said.

He already suspects marijuana use in the state.

"This would not turn on a switch and all of the sudden people are going to be starting to use recreational marijuana, they've been using it for decades." said Wolf. "It would just be that Pennsylvania starts actually getting some benefit from it."

You can listen to his response below.

news
Latinoamericanos ricos están viajando a EE. UU. para vacunarse contra el COVID-19
sports
Julian Edelman makes the move to television as analyst on 'Inside the NFL'
music
Tenille Art's did what to her boyfriend? And it was HIS idea
music
Miley Cyrus is out here teasing her spot on The Kid LAROI 'Without You' remix like only Miley can
sports
MLB Network's Yankees-Indians broadcast to be 'conversational' format with CC Sabathia
music
Dave Chappelle reunites Black Star for new podcast