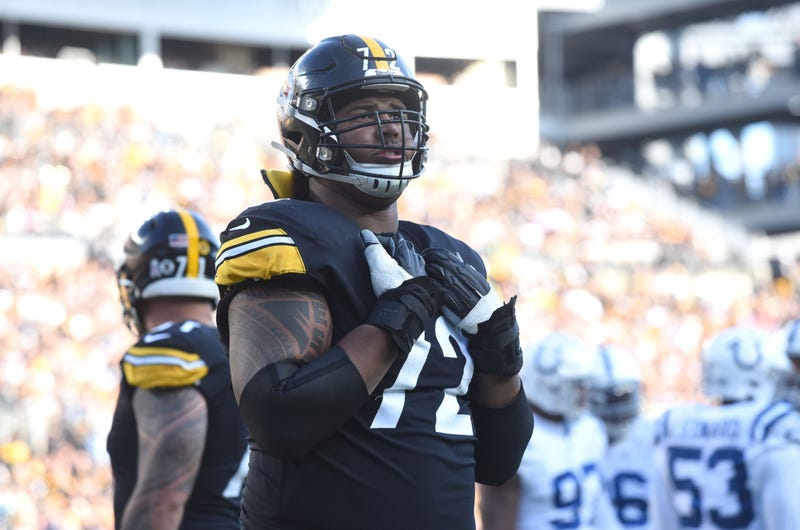 Through six games — all wins — the Steelers are on a historic offensive pace.

Pittsburgh currently is sixth in the NFL in scoring offense at 30.5 points per game. In the team’s history, it has never finished a season averaging more than 30 points per game.

Without Ben Roethlisberger last season, the Steelers finished 27th in the NFL in points scored, the second-worst mark for the organization since it was founded in 1933.

Roethlisberger’s return is an obvious explanation for the improvement. The future Hall of Fame quarterback is playing at a high level, with 13 touchdowns and four interceptions.

But perhaps there is more to it than simply the guy executing the plays.

After last season the Steelers hired Matt Canada to be the team’s quarterback coach. Early on, evidence of his influence was apparent, with the Steelers using misdirection and motion at the snap of the ball — something Canada became revered for in his time as Pitt’s offensive coordinator — eleven times in the opening win over the Giants.

That hasn’t slowed down, as the Steelers have frequently utilized receivers and running backs in jet motions and sweeps, an inventive, creative change from what was a vanilla and stagnant offense in 2019.

It’s unknown how much input Canada has in offensive scheme, as he is not the offensive coordinator after all. That job is Randy Fichtner’s. But it certainly appears that Canada has more say-so than an average NFL position coach.

During his weekly show with the PM Team on 93.7 The Fan, Steelers right tackle Zach Banner was asked by Andrew Fillipponi who should get credit for the revitalized offense. Matt Canada?

“His concepts are are crazy, right? It’s a little bit of a different flow,” Banner said. “Especially when you see reverses by Chase (Claypool) and Diontae (Johnson) and things like that, and getting Ray-Ray (McCloud) the ball  in a different way. Coach Canada is one of the exceptional minds.”

Canada spent one season at Pitt in 2016. The Panthers finished tenth in the NCAA in scoring offense that year. He then took the same job at LSU, but only lasted one year before being fired. Canada made his way to Maryland, where he served as offensive coordinator and interim head coach following the firing of D.J. Durkin. When a coaching change happened there, the Steelers hired him in January.

“The man has a brilliant mind,” Banner said. “Put that with somebody who is able to facilitate a game like Ben, it’s a tandem that’s just ridiculous. Especially when it’s paired up with the play calling by Randy.”

You can hear Let’s Tackle It with Zach Banner every Wednesday at 5 p.m. on 93.7 The Fan.