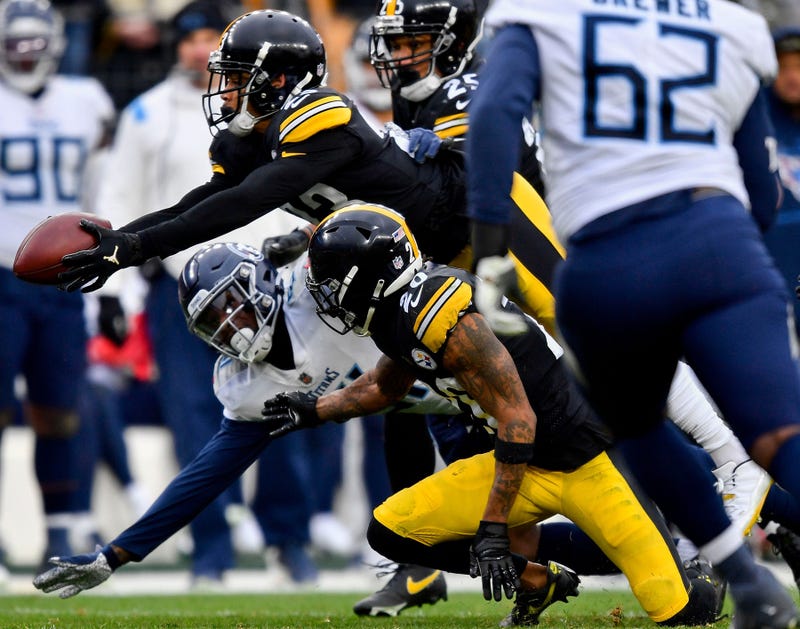 As you may have noticed, there has been no shortage of fanfare as Ben Roethlisberger’s career winds down, but there is another decorated veteran facing what could be his final game, at least as a Steeler, Sunday night.

Cornerback Joe Haden, a 3-time Pro Bowler, is in the final year of his $7M/year contract with a $15.6M cap hit. Since he’ll turn 33 in April, it’s unlikely he will return to Pittsburgh unless it’s on the team’s terms.

After enduring 7 playoff-less seasons in Cleveland, Haden was unexpectedly released and eagerly hopped aboard the Steelers, a perennial playoff team who routinely beat up on the Browns. He couldn’t wait to experience the post-season.

But Haden discovered that, even in Pittsburgh, a post-season berth is not guaranteed, nor is success once you make it. “This is my 12th year in the league and I’ve been to the playoffs 3 times and it’s going to be the second game I’ve played in,” Haden said after Thursday’s practice. “You just can’t take ‘em for granted.”

After making the playoffs in 2017, his first year with the team, Haden and the Steelers missed the next two seasons, before winning the AFC North in 2020 only to fail miserably against, of all teams, the Browns.
Haden did not play in that game because of Covid-19.

Ironically, Haden nearly missed last week’s game in Baltimore after a positive Covid test but was cleared in time to play.
Defensive Coordinator Keith Butler was happy to have him then and will be happy to have him in Kansas City.

“Joe’s always been a good player, a good competitor for us.
He tackled that guy and pulled him back on fourth down, what was that game?” Butler asked out loud and was reminded it was against Tennessee when Haden tackled Nick Westbrook-Ikhine on 4thdown just short of the Steelers 10-yard line to preserve a 19-13 win. “That was a huge play, huge play, and he’s come up with those plays like that.”

Beyond Haden making his own plays, Butler says his mere presence is big when it comes to setting an example for younger players and even other veterans. ‘Very big because he’s a got a great attitude towards the game, he really does,” Butler said before laughing and breaking a bit of off-beat Haden news. “Obviously, he drives around with a chauffeur so he’s been pretty good in this league, he’s not daggum hurting for anything, that’s for sure.”

Actually, Haden is hurting for one thing - a playoff victory. And it sounds like Butler would be hurting if Haden has to move on. “I love Joe, he’s a great guy to have on our team, that’s for sure” Butler continued. “We’ll see what happens to him after this, whether he’s going to play any more we’ll see. If he plays here or not we’ll see that, too. I’m not the head coach and I’m not the general manager in terms of who’s going to be here and who’s not. He’s been good for us, though.”

Indeed, the Steelers went 8-3-1 when Haden played this season; 1-4 when he didn’t

Haden skirted the question about this potentially being his last game for the Steelers, instead focusing on the formidable task at hand.
After all, the one playoff experience Haden did have was after the 2017 season when he was part of the heavily favored home team that was stunned by the underdog visitors. So why not flip the script?

“Once you get in, everybody’s on an equal playing field,” Haden pointed out. “It doesn’t really matter what seed you are, how you got in.
It’s 3 games to the Super Bowl, win 4 games you’re a Super Bowl champ. We’ve got Kansas City then we’ve got another game, whoever we play. Other teams are home. A lot of dudes, friends I played in college with, they’re on their off-season; they’re chillin’ and hanging out.”

Haden hoping he doesn’t have to chill and hang out just yet.