The Golden State Warriors forward has been feuding with a handful of media members, among them ESPN analyst and former NBA center Kendrick Perkins. In a recent podcast episode after the Warriors won the NBA Finals, Green really went scorched earth in the feud, calling Perkins a racially-charged term.

That incensed Perkins, who fired back with a two-minute, profanity-riddled rebuttal video that he deleted shortly thereafter.

Green ended up having separate conversations with Adam Silver and Joe Dumars, and that helped him realize he was in the wrong. In response, Green recorded a 15-minute episode taking responsibility for using the word.

“We spoke about the word, and I was sharing with Joe D that ‘Wow, that's very interesting. Because I didn’t think about it from that perspective,’" Green said. "No, I’m no idiot, I do understand the word c–n is used in a racial way. However, I also think growing up, culturally, things are different. We all grow up in different places, we all use words differently, and so for me when I use the word – like I said, I could have very well replaced it with clown – growing up where I grew up, you may say to one of your boys ‘Yo, stop acting like a c–n. And for me, it’s like stop acting corny, you’re on some weird-type stuff. That’s whack, you don’t have to do that, that’s whack. So for me, in using the word, that’s what I was implying.

“However, understanding that everyone didn’t grow up in Saginaw, Michigan, everyone didn’t grow up with my friends, this is such a huge moment for growth and learning for me being a rookie in this (media) business. And understanding that word does not mean the same thing to everyone, and there are a lot of people who are going to see that and say that’s a racial thing. And as someone who stands against racism, who you know has stood against it for years and is not afraid to get out in front of it, I can admit right here that I was wrong. And regardless of how I may use the word with my friends or how that word may be perceived anywhere else in the world, it was wrong here.”

Perhaps this will mark the end -- or at least a moratorium -- on this beef. 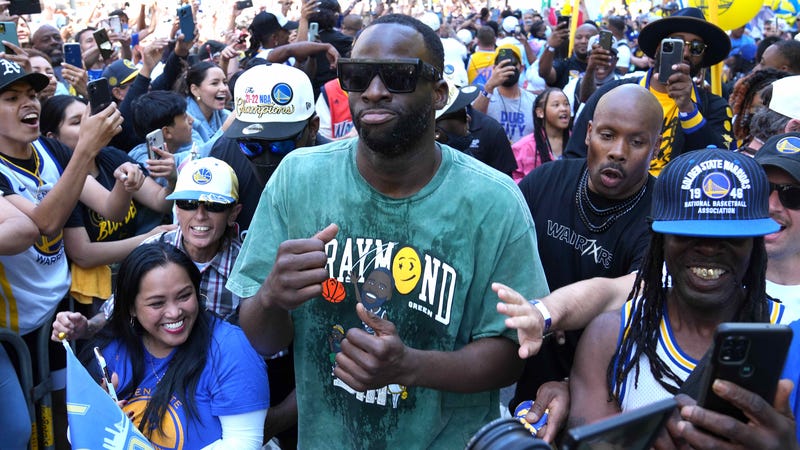 Draymond Green-Kendrick Perkins feud gets ugly: ‘The f— is wrong with you?’