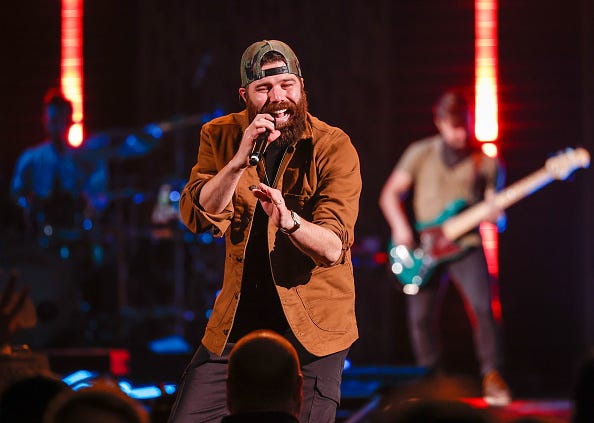 Christmas is way more fun with kids, and as the father of a four month old son (Locklan) and a two year old daughter (Eloise), it's safe to say that Jordan Davis had a blast!

“This was Locklan’s first Christmas," he shares in a statement from his label. "Eloise is a little more tuned-in to it, so it really is, there’s no better day of the year than that.

"I think she loves to open presents, and so she opened everybody’s presents, whether it was for her, for my mother-in-law, for mom, it didn’t matter," he continues. "Eloise was going to help open it. She didn’t care what was in it. She just wanted to rip the paper off.

"And to be honest with you, that was the coolest thing of, that was my favorite part of this holiday season was just seeing the joy she had for ripping off wrapping paper. Running so wide open as we did towards the tail-end of 2021 – we played a lot of shows in a small amount of time – so being able to have that time just with family and to slow down, we needed it and I hated to see it go, but I’m glad to know that they had fun.”