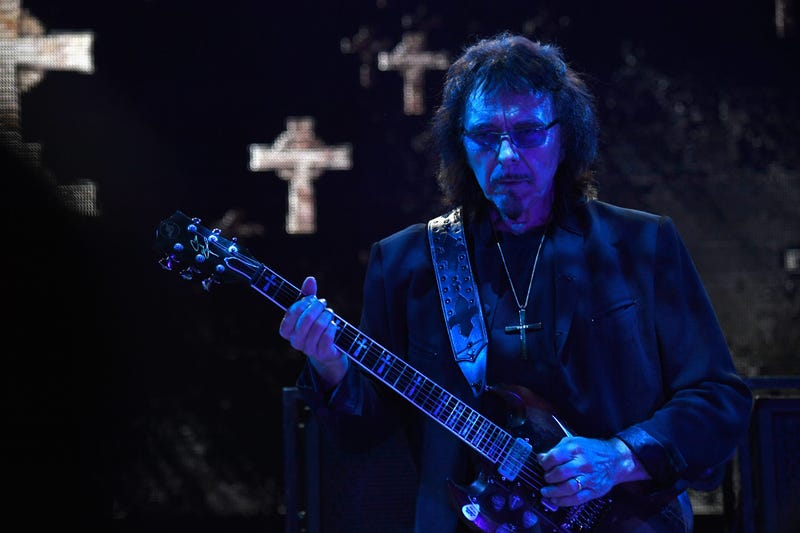 Some call him the "creator of heavy". Some call him the "godfather of stoner rock". Without question, Tony Iommi is a musical pioneer and one of the most influential guitar players of all time, and we celebrate his 72nd birthday with some fun facts about the rock legend.

He was a member of Jethro Tull - for a split second. In 1968, he stepped away from Black Sabbath briefly and joined Jethro Tull, although he never recorded any material with the band, and shortly rejoined his brothers in Black Sabbath the following year. We all know how that decision played out!

Tony Iommi was the only member of the original Black Sabbath lineup to remain in the band for the duration of their career, spanning nearly 50 years! Could you imagine having the same job for 50 years? Pretty remarkable.

Lita Ford was once his fiance! For a brief stint in the 80s, the two were engaged.

Due to an accident while working in a factory as a teenager, he's missing the tips of his right hand's middle and ring finger. Although it ultimately affected his playing style, it's the reason behind his signature sound, and it didn't stop him from topping every list of the guitar's greatest.

We wish you the happiest of birthdays, Mr. Iommi! Thank you for all of the music!

Powered by StickerYou, where you can create and order your own custom stickers, labels, decals, temporary tattoos, magnets, iron-ons, patches, badges and more!