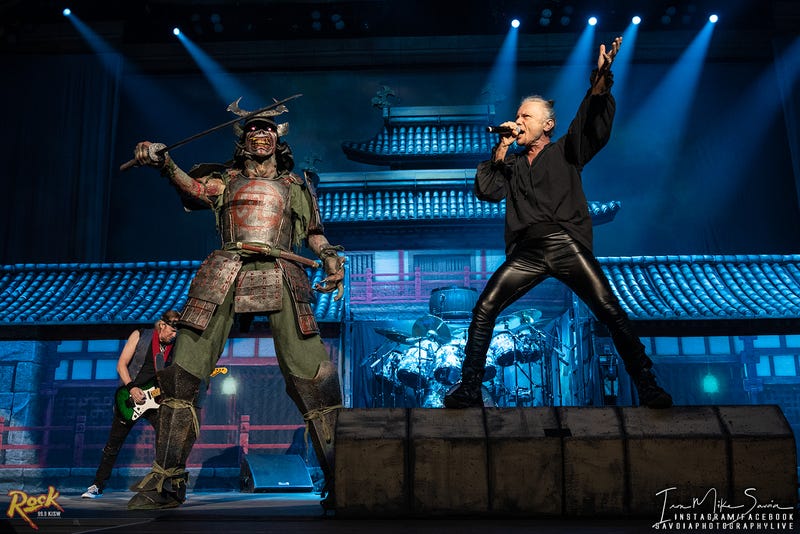 For the first time in 3 decades, Iron Maiden have made it back to the building formerly known over the decades as the Seattle Center Coliseum, Seattle Center Arena and Key Arena. After a multi-year renovation, it's now known as Climate Pledge Arena. The most up-to-date and advanced arena in the world. The last time Iron Maiden played on these grounds (Seattle Center Arena) was March 11, 1991 on the "No Prayer on the Road" tour. First time I saw the band in this building was December 10, 1984 with Twisted Sister opening. Tonight it was Trivium. My ticket stubs between these decades. 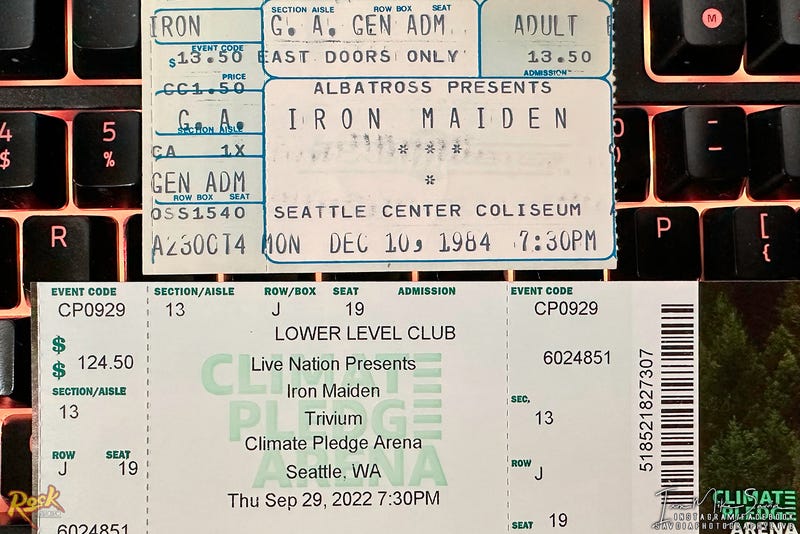 With a sold-out crowd on hand, Iron Maiden cruised through a 15 song setlist and multiple stage imagery changes that pleased fans young and old. The first near 20 minutes of the show highlighted the first three tracks ("Senjutsu", "Stratego" and "The Writing on the Wall") off the latest 2021 studio album "Senjutsu", their seventeenth album. On "Stratego" their career long mascot Eddie came out as a rad 12ft tall samurai, sword and all and played around with the band and crowd. 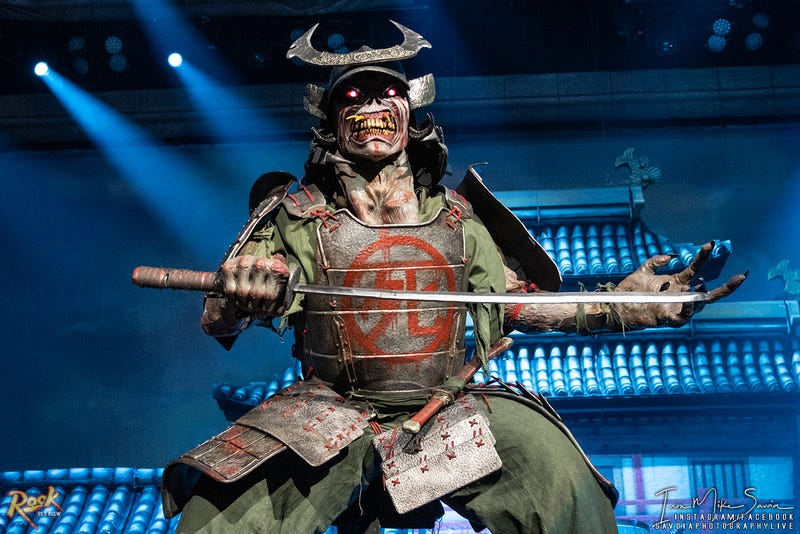 The band then went into "Revelations", "Blood Brothers" and what's become a visual staple (fire, fireworks, dry ice etc.) in the Iron Maiden set the past few tours with "Sign of the Cross". Here's where vocalist Bruce Dickinson shines in his song character story telling brilliance. At 64 years old, Bruce is running around the stage like a 20 year old and that voice! It's still absolutely amazing! 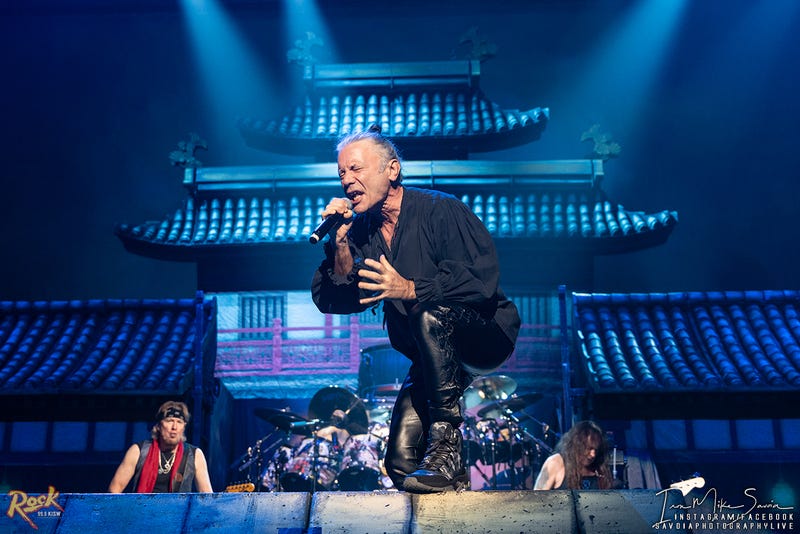 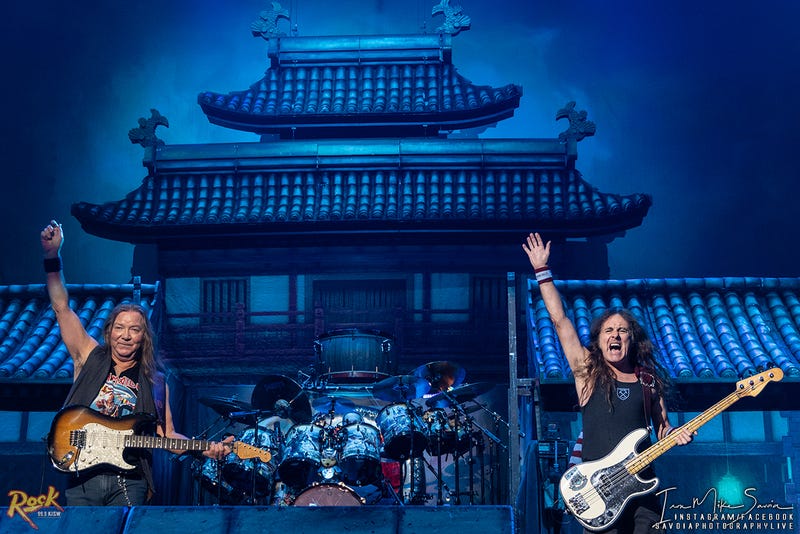 Now the real big tunes started going down the setlist. "Flight of Icarus", "Fear of the Dark", "Hallowed Be Thy Name", "The Number of the Beast" and the classic "Iron Maiden". The puppetry or blow-up characters on "Flight of Icarus" and "Iron Maiden" were insane! If you can't see this tour at least go on YouTube and check out these songs live from this tour. You'll be blown away!

Blasting into 2 encores that included "The Trooper", "The Clansman", "Run to the Hills" and the ending of "Aces High" (complete with propeller spinning war airplane hanging above) Iron Maiden again prove who puts on the greatest Rock/Metal show on the planet. Absolutely ever penny spent you get the goods from start to finish with Maiden. After seeing the band for the past 38 years, they just keep getting better and continue to carry the heavy metal flag worldwide since their first album in 1980 for the many generations of fans. 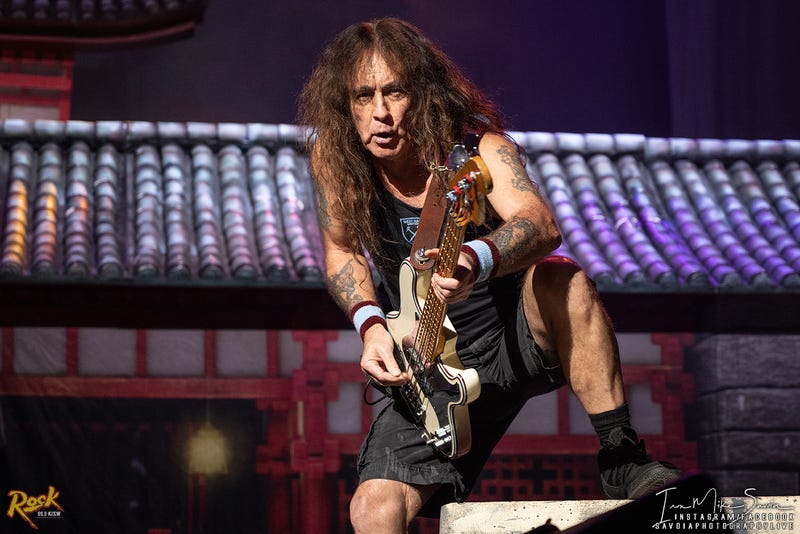 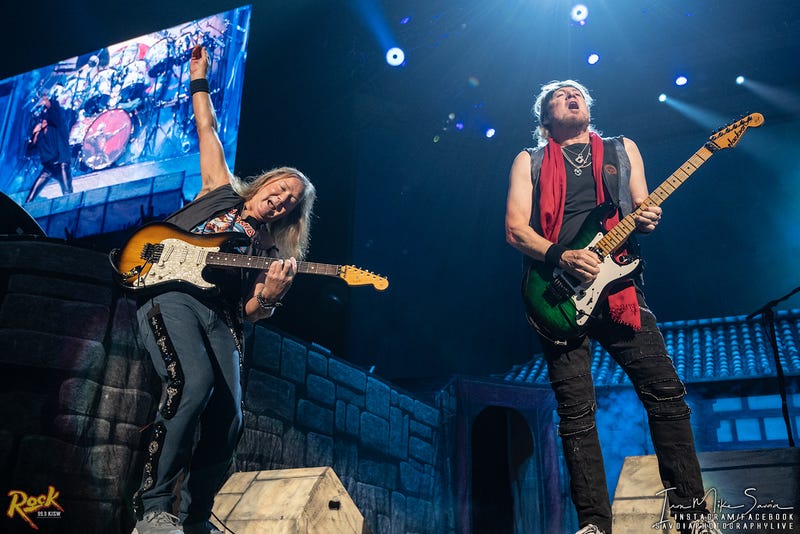 If you've never been to an Iron Maiden show it's a participating event with their fans! Fanatic from all around the country and world. Iron Maiden flags in hand singing, fist pumping and jumping in unison like a great European or South America soccer stadium game. There's no better fans in all of music than the heavy metal ones, self included! 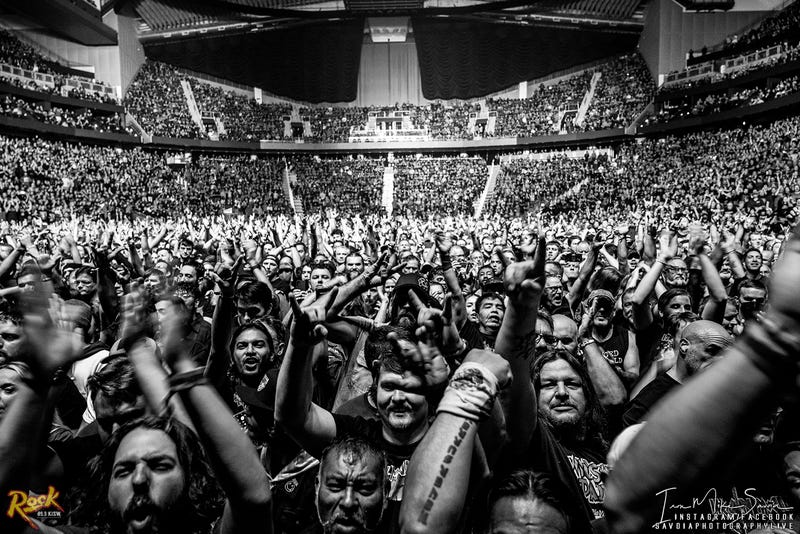 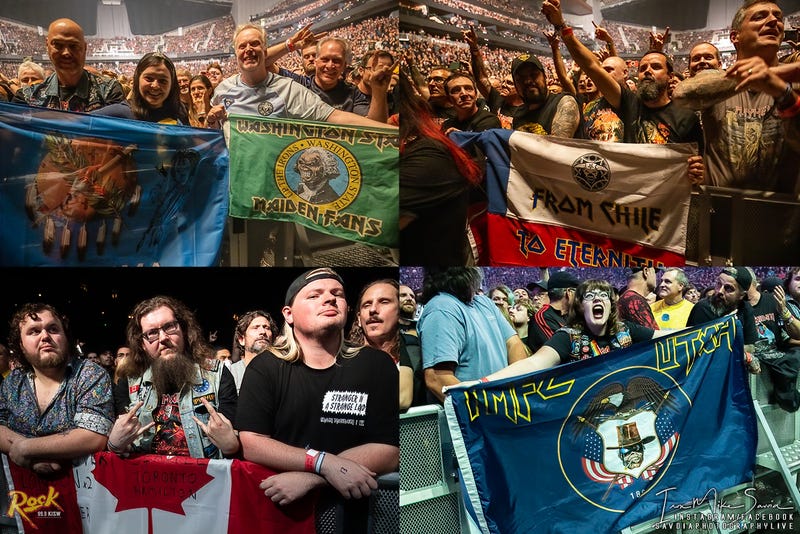 Remaining U.S. and Canada tour dates as of today 9.30.22 listed at www.ironmaiden.com/tours are as follows: 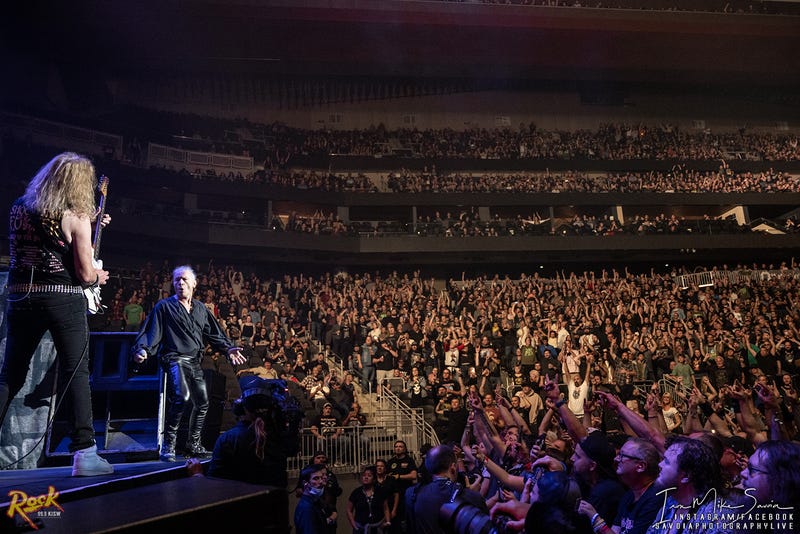 In other Iron Maiden news. Yesterday they announced a new triple vinyl reissue releasing November 18th of the recently turned 40 year old "Number of the Beast" album that will included (for the first time on vinyl) the "Beast Over Hammersmith" live album. Click here to read all the details.

If you love video games check out the Iron Maiden "Legacy of the Beast" game you can play on your phones! https://ironmaidenlegacy.com/

Remember too that Iron Maiden have their own Trooper Beer products out in select stores. Check out my recent Iron Maiden beer collectibles "Trooper Day of the Dead" and the awesome foot tall tin can with a bottle of "Fear of the Dark" English Stout and collectible Maiden pint glass inside. Check out the 6 different beers they offer here. Thank you Iron Maiden for all the decades of musical and visual awesomeness. 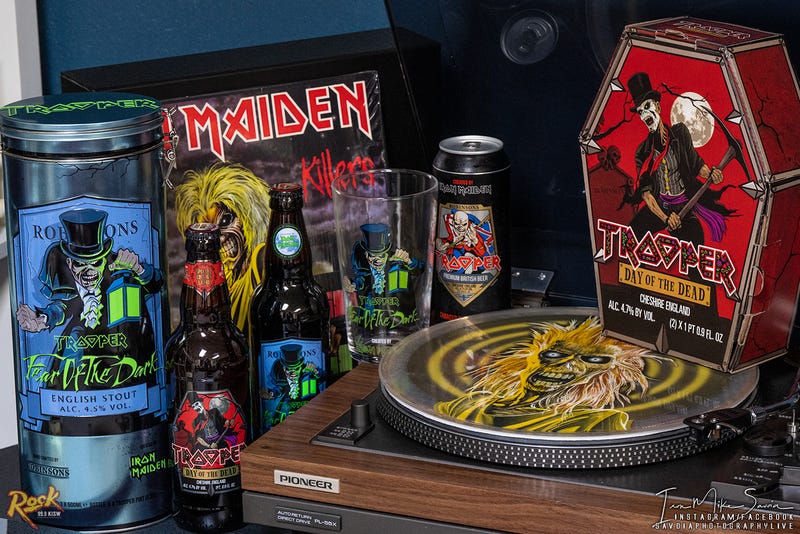