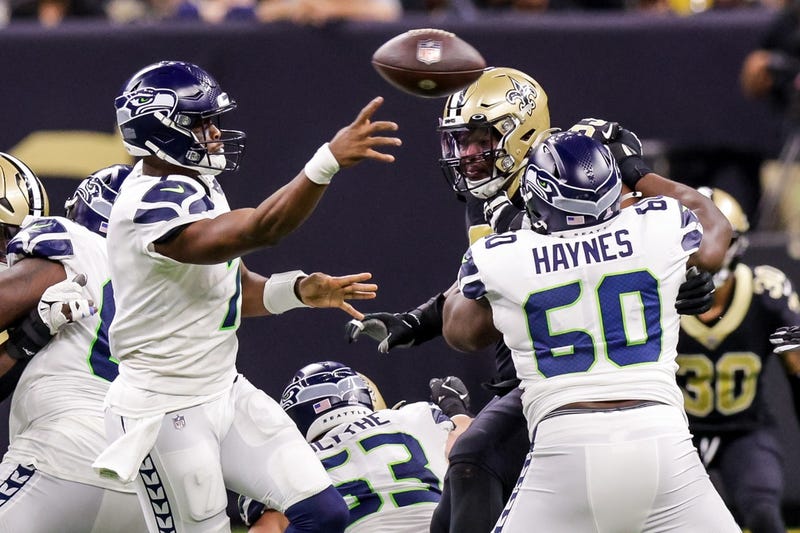 Ayo 12s!
Well, not the outcome we wanted in NO. There were a couple factors that attributed to the loss this weekend against the Saints, I'd be remiss if I didn't acknowledge a few crucial, garbage calls made by the officials which had an effect. But that's far from the only reason we lost.

The biggest issue that I see with this team is not our offense, but (surprisingly for me) our defense. They've got the bones to be a decently effective defense, but the past 2 weeks have shown room for improvement, mainly in the way of adjustments. I don't know how, but the 1st quarter of each game looks solid, on all fronts, but as time goes on, we see our opponent adjusting, but no real change for us. I mean, how many times can Taysum Hill jump under center and we ignore it? The man went untouched almost at will.

194 yard from scrimmage...impressive. Just a few of AK's top plays from yesterday!

Offensively, we're in a similar situation, but it's hard to drill too hard on the offense when they don't have a defense supporting them on the other side of the ball. This offense has put up a collective 103 points over their last 3 games, all of which went up and over 20 points in the game, 2 of which ended in close losses. Geno has come through a lot better than we had anticipated this season, and our offense has proven effective, but it's just not quite enough when it counts. Insult to injury, once again Penny will be riding the bench on the IR as he suffered a season-ending injury. Hopefully we can showcase some of the younger talent and get this run game to be somewhat consistent. Let's go Walker!

Perfect placement for the score by @GenoSmith3!

I foresee a change coming for this team. They'll make some acquisitions and movements which may spell a change in the winds. Overall, I'm happy with how this season is turning out. We knew that it was going to be a rough one, but they're playing competitively, and in entertaining fashion. There has yet to be a runaway game, other than the match against the 49ers. Hang in there 12s, there's plenty of season to watch! Let's keep the fire as we host the Cardinals in an effort to pull ahead for 2nd place in the west! With that...Mike Hawk is OUT!