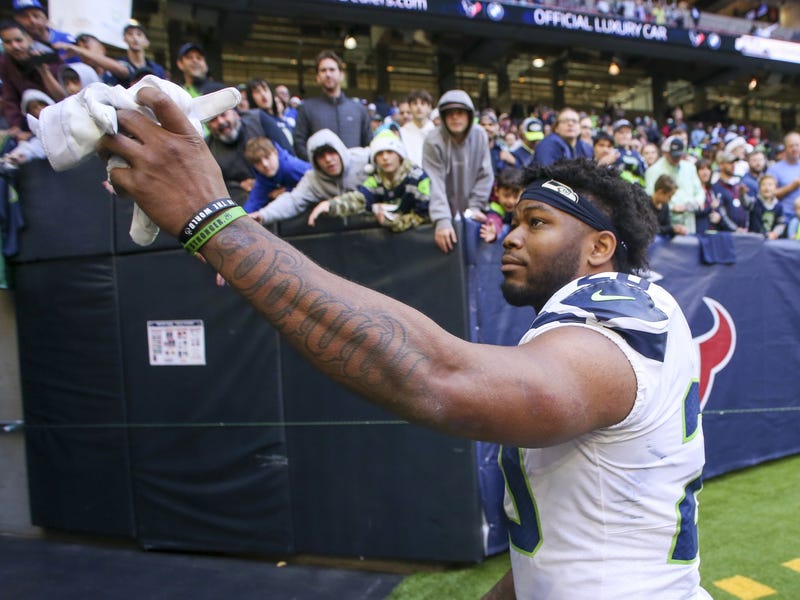 Ayo 12s!
Good news, all went according to plan this week as the Seahawks take down the Texans in Houston in a 33-13 victory. But more interesting than the win, is what's brewing on the horizon.

The second touchdown run of the day for @pennyhendrixx is worth a RT. Just our two cents. 🤷‍♂️ #ProBowlVote

I'll be the first to admit that I've been critical of Rashaad Penny's performance since being drafted in 2018. Coming into his 4th season with the team, Penny was not proving to be the 1st round dominator that we were hoping for, especially looking at Nick Chubb, who was passed up by the Seahawks in lieu of Penny. I'd even gone so far as to say that we should just be done with him, seeing as every time he managed to muscle his way into the huddle, he would be back out the next play with some sort of injury to nurse. But given what we've seen in the last couple games, I'm ready to be proven wrong.

.@TDLockett12 keeps getting wide open and @DangeRussWilson keeps finding him. This one for a 55-yard TD. 👏#ProBowlVote #WPMOYChallenge

On top of that development, Russell Wilson is once again looking like the star we've known and loved for years. He's still passing up on obvious targets to find his most reliable pair of hands, Tyler Locket, but you can see some confidence in his other receivers developing that I hope we continue to grow.

Now, I'm well aware of the fact that the Texans, being the first team eliminated from playoff contention this year, don't pose much of a threat. But we may be witnessing the most "Seahawk" season of this team's existence. We're coming into the 4th quarter all but down and out, and Russell is about to pull the biggest man-outta-nowhere run through the rest of the league to get back into the playoffs and beyond. A man can dream, LA's coming to humble us once again, but with the new faces we're FINALLY starting to see out on the field, let's see what happens. With that....Mike Hawk is OUT!