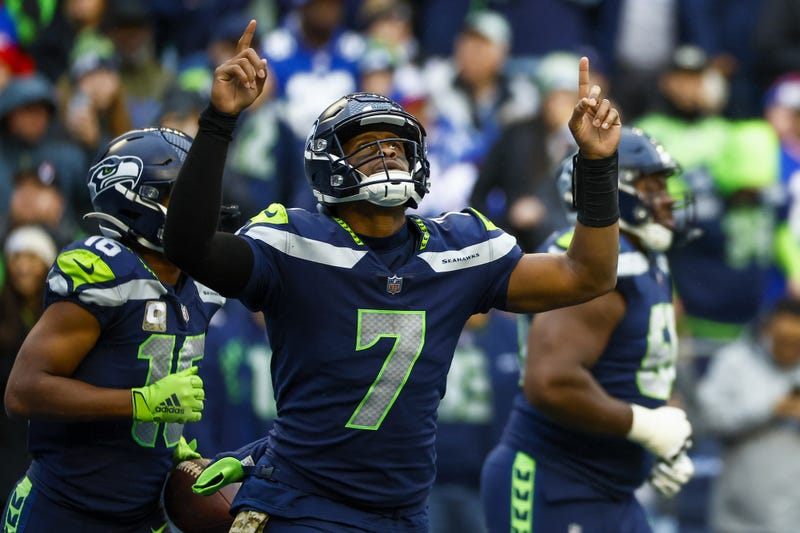 Ayo 12s!!
What a weekend of Seahawks football! The Hawks hosted the #6 power ranked New York Giants and put on a spectacular display to come out ahead in a 13-27 victory at home. This brings the Seahawks to a fantastic 5-3 record, maintaining their 1st place status in the NFC West.

Let me announce, once again, I was a supremely incorrect critic of this team before the season even began. I wrote off Geno as the obvious lower man on the totem poll for the starting QB position. From there, I trickled the mediocrity to the rest of the team and preached that this was a rebuild year that we'd have to grit our teeth through. After this win against an unprecedented Giants team, I believe it's safe to say that not only was I wrong about this team, but that they're also a good team. This team has proven itself to be hungry, competitive and driven to not only prove everybody wrong, but have serious playoff aspirations.

The defense continues to learn and grown and adjust with each passing week to become the immovable object that I touted them to be when the season began, even sans Jamal Adams, who will only add to the grit of this defense. Offensively, Geno has taken complete control of this squad, the O-line has reached the level that we as fans have been begging for (AND THEY'RE ROOKIES!!), K9 has put this run game on his back and continues to get better and better. Out in the field, the WRs are getting open, confusing defenses, and all are of a high-enough caliber that there's no 1-guy that HAS to be covered, they ALL have to be covered.

So beyond proud of how this team has turned a cold shoulder to all of the naysayers, even those of us at home, and have taken this league for their own. Keep on keeping on boys, the 12s are here for it, as was put on display here at home against the Giants (well done crew). This team is fun to watch again, and that fills me with an inspiration I haven't felt in some time. We've got a true test next week, going into the stadium we can never seem to come out ahead in, Arizona to take on the Cardinals. Let's keep this ball rolling and see how deep this rabbit hole goes! With that...Mike Hawk is OUT!