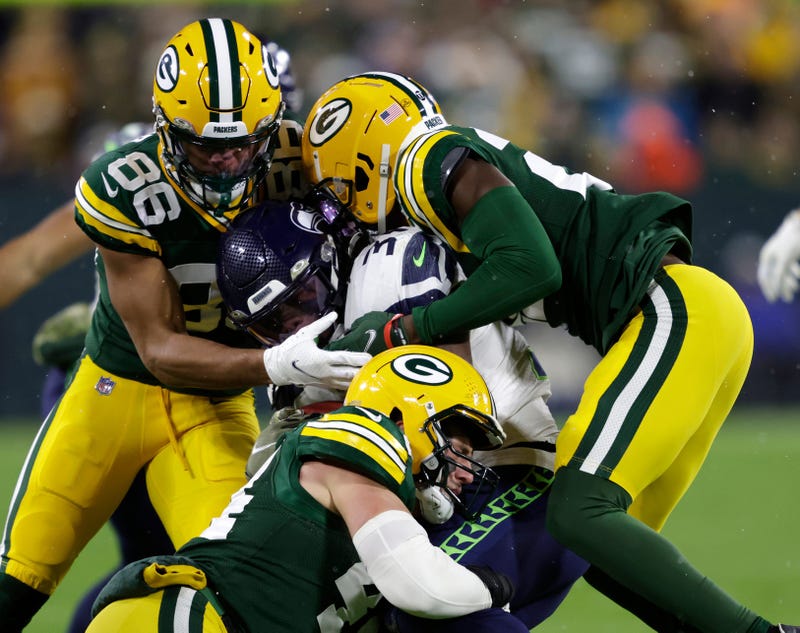 Ayo 12s
No other way to put it about that game this week in Green Bay, it sucked. Russell came back in and things went right back to what they have been all season. Lack of completions, too many sacks, and a stuffed run game all played their parts in a shutout loss at Lambeau.

To be completely fair, this being Russell's first game back after at least a month off, we didn't know how things were going to shake out. But the display that he put on in Wisconsin looked pretty rusty. I wouldn't give it too much stock into how the rest of the season is going to pan out, but it's just disappointing to see.
I will say, I did enjoy the look of the offense for a hot minute there as it looked that they were going back to embracing a more unpredictable scheme, with a healthy balance between short passes, deep passes and explosive runs, but the part that gets me the most is the feeling like they go 75 yards down the field, and then just seemed to give up. It looks like they're losing, not because of a lack of ability, but a lack of execution, and that's what the most frustrating thing about all this is. The pieces are all there, there's just a sort of apathy about putting them all together.

.@Prez WAS RIGHT THERE FOR THE PICK! 😤

The shining light of hope for all of this, is definitely our defense, who found their stride in a big way this weekend. With a flailing offense, they did a fantastic job of keeping the Packers' score to a modest 17. The pass rush was very much there and effective, our corners were able to keep the backfield secured, and Jamal Adams even got his pick this week. All in all, I like our defense, now we just need to put our own points up on the board.

I don't want to be the pessimist, but it's hard to still count this team in the playoffs. We're too far back to be considered in the hunt at this point, and the rest of the league is going to have to implode (though it looks like they're giving it their best effort to) in order for us to have a hope. I'm shifting my focus to a morally victorious season, in which we develop game plans that use our offensive tools to the best of their abilities and deploys an effective defense. Stick with me 12s, there's still time to put together a fun run to the end of the season. Hosting the Cardinals next week....ooo boy, with that...Mike Hawk is OUT!