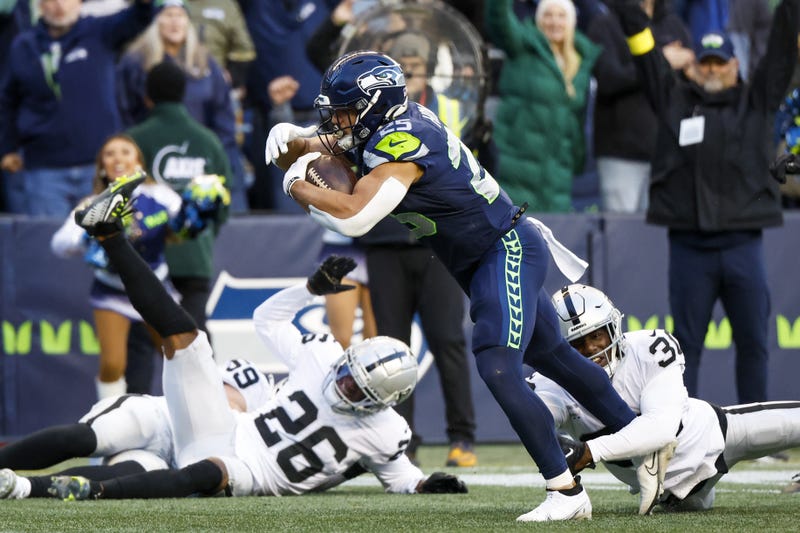 Well, that wasn't the "welcome back" from the bye week that I thought we were going to have. The Seahawks fell to the Raiders in overtime 40-34 here at home in Seattle, a game that I thought for sure they'd take without much issue, and still believe they could have. We took the lead early and put on a dominant display on defense that, for whatever reason, stalled out as we got beyond the first quarter.

The biggest blight on the team in this game was the defensive line. There was just no pressure all day long against Carr, giving him the comfort he needed to make plays happen. On top of that, our run defense was almost non-existent. Sure, Josh Jacobs is a hell of a talent, but to go from stalling out Saquon Barkley, to being an open door for Jacobs is a little concerning. One of the key factors why we were even able to keep it to overtime was the fact that their offense was making plenty of mistakes of their own.

But there is hope on the horizon. Our offense stepped up in a big way and were able to keep us in this game until the very end. Were there mistakes/bad play calls? Yes. Did they rally and make it competitive? Also yes. This loss hurt, but it's not a knee breaker. Also, while it's not the only factor in the loss of the game this weekend, the officiating in this game was embarrassing. Not just the calls, but the overall way they went about their business was one of the worst conducted I've seen in a while. Still not even close to the only factor, but I had to get that out. What a run in by Walker though am I right?

Shake it off, regroup and let's get out of this slump. We've got our first game against the Rams next week and we've got to get ourselves back on track. Playoff are around the corner 12s! Let's keep proving them wrong! With that...Mike Hawk is OUT!