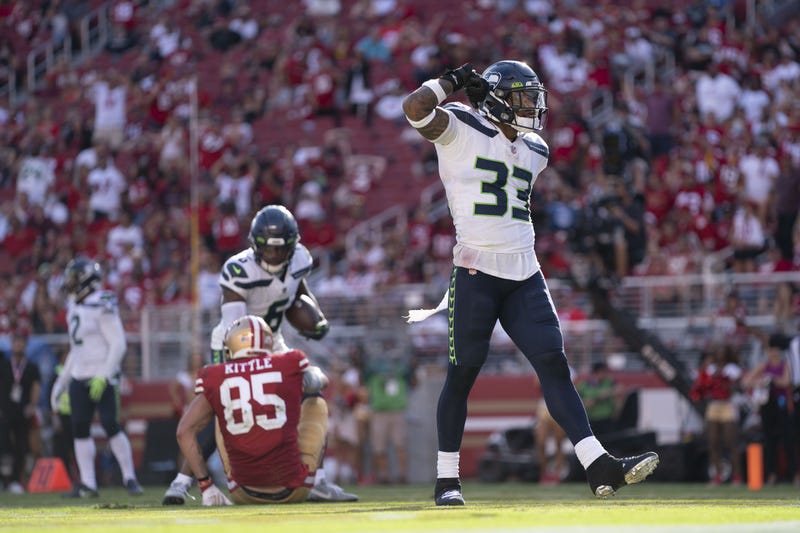 Ayo 12s!
What a weekend! If you're like me, you were sitting on your couch around 2 in the afternoon, simultaneously keeping up with both the Seahawks and the Mariners as both were in must-win situations. And you were also slowly slipping into a depression as the Mariners went quietly into the night, Kyle Seager walking off for what is likely another player's wasted career in Seattle, as well as the Seahawks looking much like they did last week, not getting a single first down until there were 4 minutes left on the clock in the first half. It was no way to be, I felt sick to my stomach and needed a shower. Literally, I went and took a shower to wash the bad ju-ju off of myself.
As the 2nd half started rolling, all of my doubts started a wane as I saw what I know this team to be. Not going to lie gang, I was thinking about what I'd be writing here this morning, "Is Seattle Ready For A Coaching Rebuild?", possibly, but whatever adjustments were made in that locker room were indicative of season's past.

.@qdiggs6 read that throw to perfection. 🤓

I think it goes without saying, the Defense was the X-Factor in this game. Without them keeping the Niners at bay while our offense got their act together, it would've been too far gone to even hope for a comeback. That, as well as Gould going out on injury, and Trey Lance coming in for snaps all came together for the perfect combo to take the game. And if that 2nd half isn't enough evidence to let Russ cook, then we may very well need a coaching shakeup. Russell plays his best ball when he's in a quick-tempo offense that he gets to call the shots, he's unpredictable, accurate, and explosive. We don't have to run the ball in this situation, take it all, shove a win down their throats and win by 6 touchdowns for all I care, let Russ call the shots and let the clock do what the clock does.

WE LOVE TO SEE IT

The hard games keep getting harder, we host the Rams for Thursday Night Football this week. This one worries me as they're coming off their first loss against another thorn in our side this season, the Cardinals, and they're looking to bounce back. This team is for real, and we need to attack them with the same energy and grit that we saw in that second half. I'll be at the game this week so say "hi" if you see me, and make sure you're loud. Let's take the West back baby! With that...Mike Hawk is OUT!