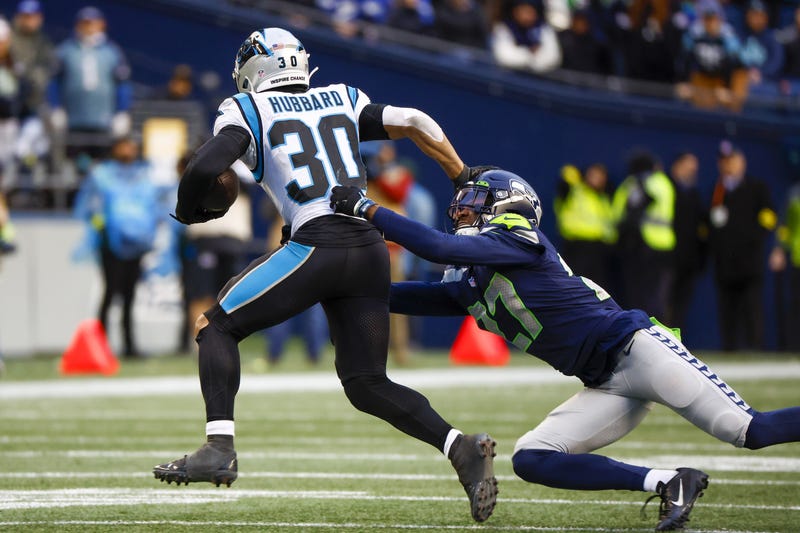 Ayo 12s!
The season is winding down, and it appears that the Seahawks' banner year is as well. The boys attempted to rally late in the game, but it was too late to come back against the Panthers, giving up a 30-24 heartbreaker here at home. I had made the assessment before we left on Friday that we would win the game this weekend, but just barely, and we wouldn't be happy with the performance that they put on, I was only half right about this one.

The defense was, once again, the biggest component in the loss this weekend. We've got to find a way to stop the run and cut down on the time it takes to read and breakup plays. As much as I've been talking about updating the pass-rush, it may be that we need a boost in the linebacker position. By the time these plays are getting figured out, they're already 7 yards on us and fighting for more. I don't know if it's the scheme, personnel, or a combination of the 2, but we're just giving up too many points too soon. Our offense can get it done, but not if our defense can't get the opposition off the field.

We've got 4 games left in the year. Just 4, and we're currently "in the hunt" for the playoffs. It's been a harsh fall over the last few weeks, but you had to know people were going to start taking us seriously and adjusting to our scheme. It's time for us to do the same. I still believe that we can go 3-1 in the final games, but we've got to want it, and we've got to adjust. Let's see what happens. Short rest window as we've got Thursday Night this week hosting the Niners! Let's make the team identify as "Irrelevant"! With that...Mike Hawk is OUT!