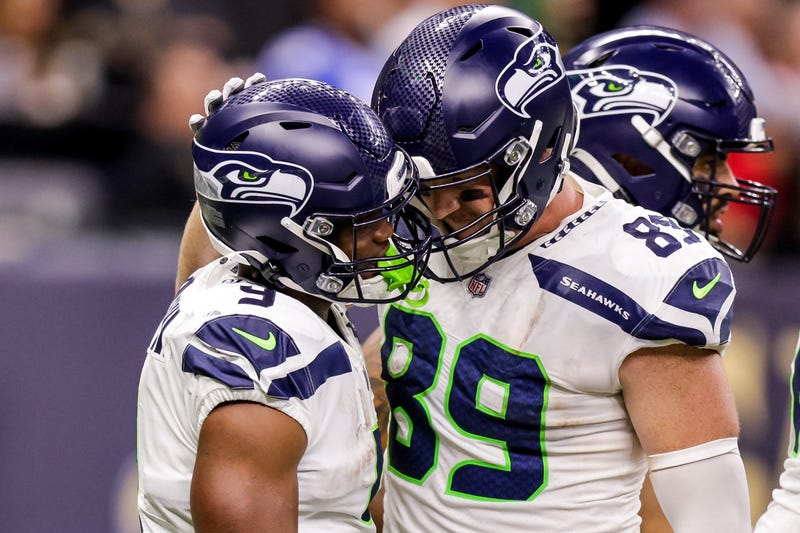 Ayo 12s!Another fine week of Seahawks football! Gotta love when our boys get the win at home! Especially against a team like the Cardinals. I'm not positive what they have going on, but they feel like they're once again the most beatable team in the division, certainly for us.

I will say I was a bit stunned with this week's performance, as it was a complete turnaround from what we've been seeing the past 3 weeks, and what I was basically complaining about in my last blog, which is that our defense came through in a massive way this week, but our offense was a little on the sluggish side. Now, it all worked out in the long run, and I'm glad that our boys had a solid outing, but I hope that all factions of this team can come together in a game that really tests the metal. Big shout to Tariq Woolen, who's proving to be everything we hoped he would be and more, as well as Coby Bryant, who's finding his spot early on in this defensive scheme as well.

I'm not gonna panic with the offense, they've proven themselves week in and week out, this could be as simple as, they're just burned out. Like I said, they put up over 100 points in their 3 prior games, and lost 2 of them, they could just be exhausted. They could also be in search of a shakeup of their offensive scheme. The 1 area that I think we need to utilize a little more (broken record) is the Tight End game. We've got a real ace in Noah Fant, and it was good seeing him get some reps in the game yesterday, but I will never understand why he's not more of a target throughout the rest of these games. I'd be interested to see the full scale of the field dto see how he's being used.

There's something special about @Kenneth_Walker9.

All in all, a great showing for our boys, stalled out the Cardinals and played some real fundamental football that put us on top. Very proud of them. We go south to LA to take on the Chargers next week. Let's keep this train rolling and show the league that we're for real! With that...Mike Hawk is OUT!